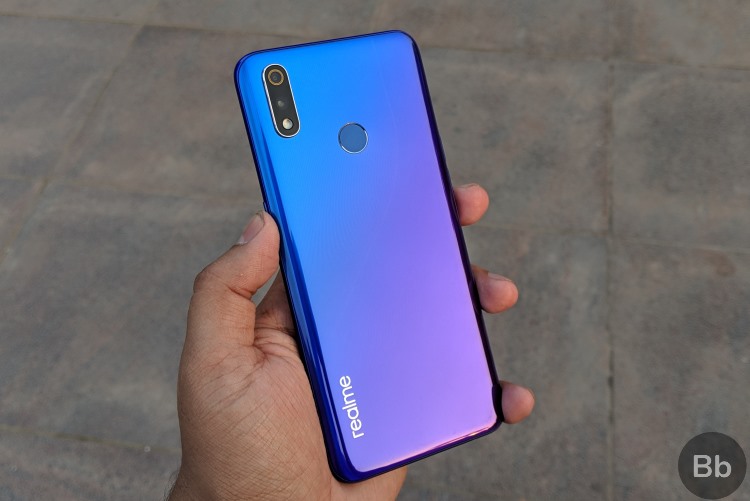 The Redmi Note 7 Pro is well-known among the tech community to be the perfect budget smartphone that offers you a myriad of features at an affordable price tag. However, the Realme 3 Pro with great gradient design, Snapdragon 710 processor, refined cameras, & more has today made its much-awaited debut in India.

The Realme 3 Pro has been priced pretty competitively to take on its arch-nemesis Redmi Note 7 Pro, with the base 4GB+64GB variant starting at Rs 13,999. Here’s the price of all configurations:

The Realme 3 Pro will be available in three color variants namely Carbon Gray, Nitro Blue, and Lighting Purple. It will go on sale starting at 12 noon on 29th April both on Flipkart & Realme’s official website.

The Realme 3 Pro leaves behind its diamond-cut and acrylic designs in favor of a gradient pattern, which it says imbibes speed. The rear panel is made out of polycarbonate, similar to its predecessor – Realme 2 Pro and we would’ve loved to see glass being used here. We have the 3.5mm headphone jack at the bottom, along with a single speaker.

The smartphone features the same display with a dewdrop notch that we’ve already seen on the Realme 2 Pro. It’s a 6.3-inch Full-HD+ IPS LCD panel, with a 2340×1080 pixels display resolution and 408ppi pixel density. 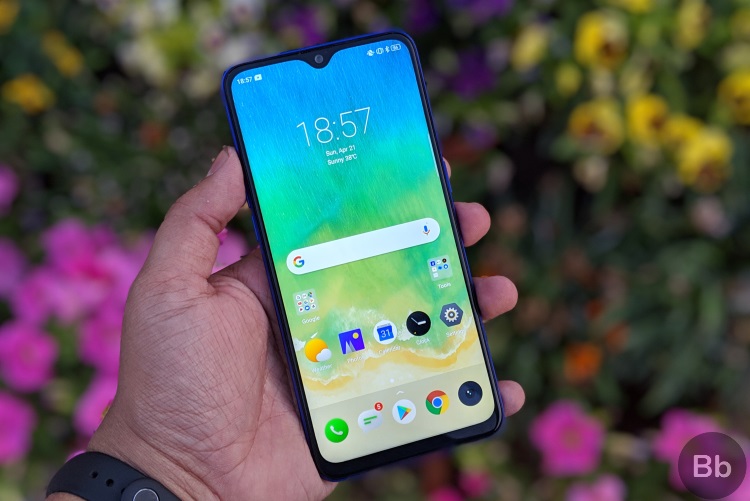 While Redmi Note 7 Pro went with the Snapdragon 675 to offer a significant performance bump to budget users, Realme 3 Pro has opted for the Snapdragon 710 chipset which we have earlier seen on the Oppo R17 Pro earlier last year. This is coupled with up to 6GB of RAM and 128GB of internal storage, which is expandable up to 256GB using its dedicated microSD card slot.

One of the things that Realme has been boasting about is that the 3 Pro support Fortnite, and it’s a great addition for fanatics. This has been made possible due to the Snapdragon 710 and its more powerful Adreno 616 GPU, which Epic Games have tested and approved for running the title. 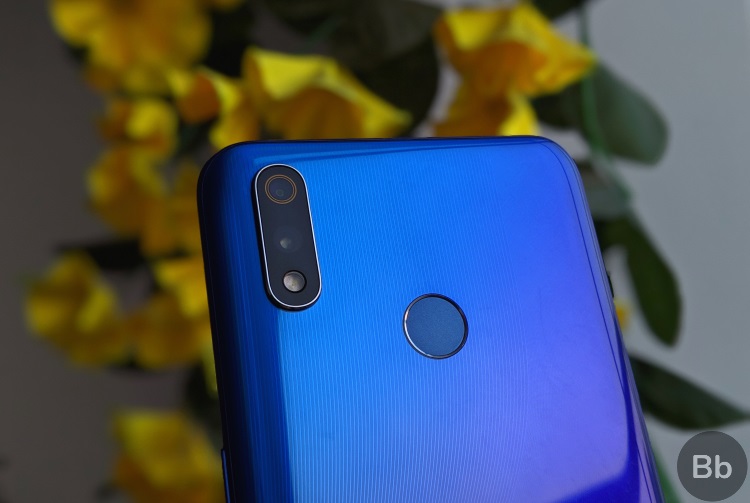 Moving to the highlight of the Realme 3 Pro, the cameras on this smartphone has got a major spec bump and it’s locking horns with the Redmi Note 7 Pro’s much-hyped 48MP sensor. Realme has packed a dual camera setup on the rear with a primary 16MP (f/1.7) sensor that’s been borrowed from OnePlus 6T (except some crisp and detailed photos) and a secondary 5MP (f/2.4) depth sensor. There’s a 25MP (f/2.0) selfie camera here as well, which is awesome.

The Realme 3 Pro boasts a massive 4,045 mAh battery pack, which should easily last a whole day on a single charge. There’s now VOOC 3.0 charging onboard here, which means super-fast 20W charging speeds that users are going to love but microUSB port would come as a disappointment in 2019. Realme 3 Pro is backed by Android Pie-based ColorOS 6.0 and offers you all the usual connectivity options that we’d expect from any modern smartphone.