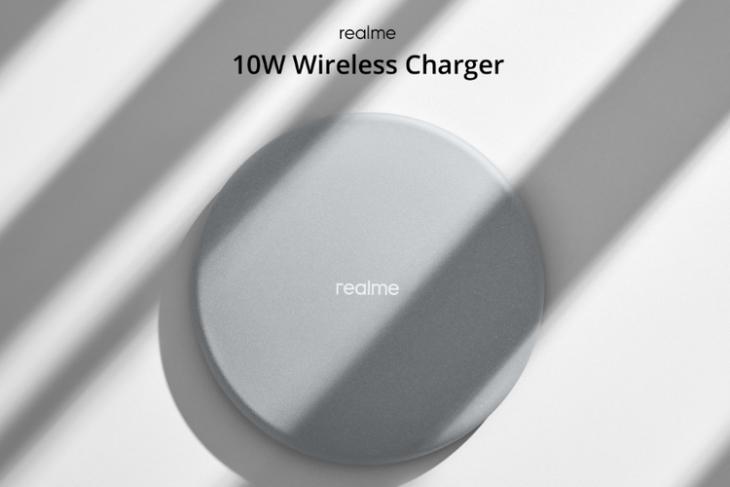 Realme has launched its 10W wireless charger in India. The charger supports Qi standard and hence, you can charge compatible smartphones and gadgets like TWS earbuds. It was spotted on the company’s support site earlier this month ahead of the launch.

Realme’s 10W wireless charger has a matte finish, which the company calls ‘Soft Scrub Paint’. The company promises that its design choices protect the charger against damage from accidental slip-offs.

In case you’re wondering, the Realme 10W Wireless Charger is 9mm in terms of thickness. It also has foreign object detection that automatically switches off the charger when it identifies keys, credit cards, and other metal objects.

In terms of power, the charger accepts both 10W and 18W power inputs. However, the output is maxed out at 10W when you use a Quick Charge 2.0 or 3.0 power brick. For iPhones, the maximum output of the charger is 7.5W.

Meanwhile, Realme India CEO Madhav Sheth took to Twitter to announce that the company will soon launch 65W and 50W SuperDart Chargers. Except that it will be relatively thinner, there’s no information about it for now. We will have to wait to know in terms of pricing and availability.

According to the product’s listing, the Realme 10W Wireless Charger will be available to buy in a Grey color variant, and you can buy it right now from the company’s website at Rs. 899. That said, it should be coming to other e-commerce websites soon, possibly over the coming weeks.