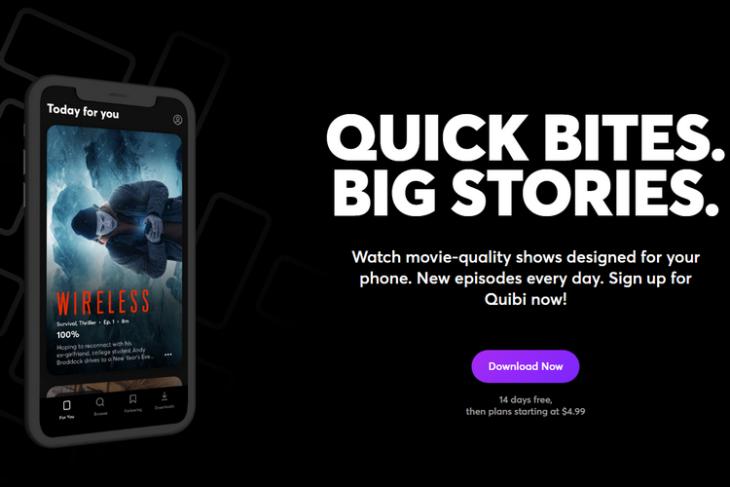 In April this year amidst the coronavirus pandemic, American film producer Jeffrey Katzenberg and former eBay CEO Meg Whitman launched short-form mobile streaming service Quibi. Now, within just six months of operation, the company has announced its plans to shut down the service.

In an open letter to the brand’s employees, investors, and partners, Quibi said ‘it has considered and exhausted every option available’. The post further mentions how it built a talented team and partnered with creators in Hollywood to produce original content for the platform.

Quibi believes its reason for failure is because the ‘idea itself wasn’t strong enough to justify a standalone streaming service’ or due to the timing in which the company launched the service. In addition, Quibi admits it was not able to find a way through the unprecedented challenges caused due to the pandemic.

“We have reluctantly come to the difficult decision to wind down the business, return cash to our shareholders, and say goodbye to our colleagues with grace. We want you to know we did not give up on this idea without a fight,” reads the announcement post.

Part of the reason why Quibi failed is that it never really offered a free ad-supported tier, a strategy several companies use when they are just starting out. Although Quibi offered a generous 90-day trial, the collective user retention was poor due to the premium pricing. Access to Quibi cost $4.99 with ads and $7.99 without ads in the U.S., while the ad-free option was priced at Rs.669 per month here in India.

Quibi did not mention when exactly its current subscribers will lose access to the service. Meanwhile, the company is planning to sell its assets over the coming months, including the underlying technology platform and original content produced thus far.