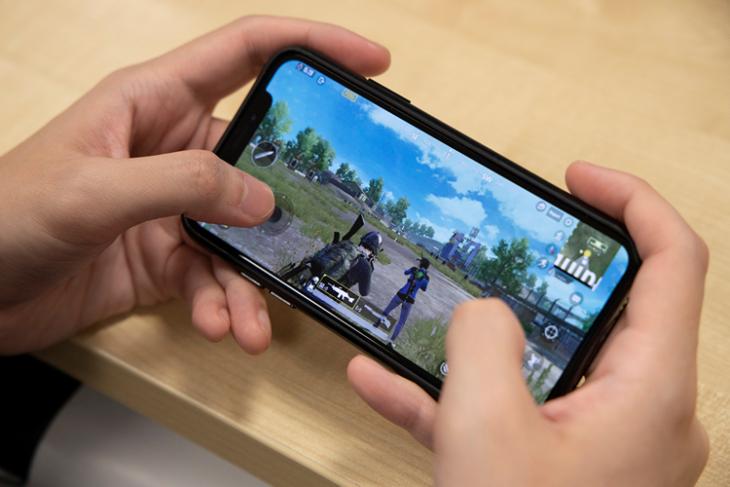 Popular battle royale game, PUBG Mobile has today started rolling out the v0.18 update to the game bringing in a bunch of new features. The update finally brings in the much hyped and awaited Mad Miramar update to the popular desert map in the game.

Mad Miramar adds a couple of new locations to the map — Oasis and Ruins. It also brings in vending machines in Miramar which can give you a huge amount of energy drinks. There’s the new Golden Mirado car in the map as well, but most exciting of it all, is that Miramar will now have sandstorms which are bound to make the gameplay a lot more exciting and dynamic.

Other than that, update brings in the new Canted Sight attachment, which is something I was personally very excited to check out. As you can see from the screenshot below, this is an additional, sort-of red-dot sight like attachment, that you can put on your gun and switch between the scope and the sight. It’s pretty cool.

Also new in the game is the ‘Cheer Park’ which is set in the same map as PUBG Mobile’s Training Room, but here you hang out with people, do dances, invite them to challenges, and roast chicken. It’s a fun new way to pass time in PUBG Mobile, and I guess I’ll use it mostly when I’m waiting for the rest of my squad to log in to the game.

There’s a lot more that’s new here: the Win94 now has a new 2.7x scope, the P90 SMG is available in Arena, and the game has implemented new anti-cheat stuff, including points protection on getting killed by hackers.

If all that’s exciting, wait till you see all the other stuff that’s coming to the game in the next week or so.

First up, Season 13: Toy Playground will be available from May 13. There’s a new Classic Mode content called ‘Jungle Adventure in Sanhok’ that’s coming soon. The Bluehole Mode is also coming soon to the game. You can check out all the details about v0.18 in the official patch notes released by the developers.