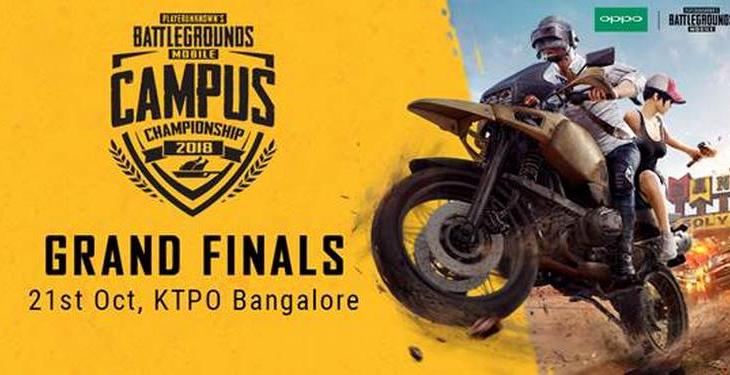 Tencent Games has announced that it has received 250,000 registrations for its PUBG Mobile Campus Championship 2018. The applications are said to have come from over 1,000 colleges in more than 30 cities across India.

The Oppo-sponsored eSports tournament is believed to be the largest mobile competitive gaming event in India, and is meant specifically for college students across the country. 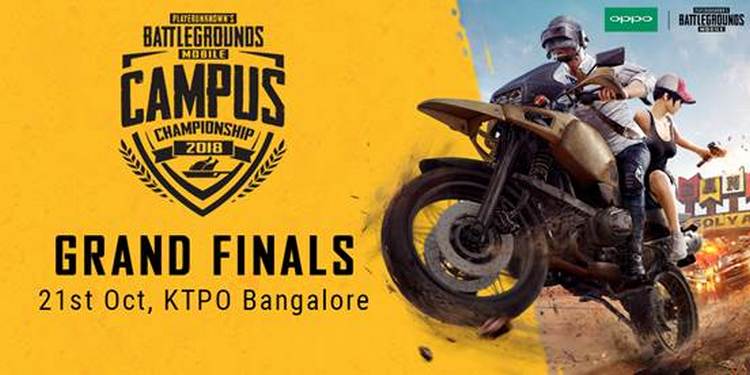 The tournament features multiple teams of four players in ‘Squad’ mode battling it out in the popular game map ‘Erangel’. Of these, the first 10,000 teams of four to have checked in, played in the online qualifiers over the past few days, with live updates being streamed on PUBG Mobile’s official YouTube page. The online qualifiers featured a total of 600 matches in 4 knockout rounds over 12 days.

The top 20 teams after the preliminary rounds will move on to the finals which will be held at KTPO, Whitefield in Bangalore on October 21. The total prize pool will be a whopping Rs. 50 lakh, which sounds quite lucrative for most college students. “The grand finale will also feature contests, freebies and giveaways of OPPO F9 Pro phones”, says the official press release.

The finals on 21st October will also be streamed live on PUBG MOBILE’s YouTube and Facebook pages, while those in Bangalore can join in at the venue and watch the spectacle live by applying for passes on www.pubgmobile.in

In a prepared statement, Aneesh Aravind, General Manager, Tencent Games, India said, “The response from the Indian student community to the PUBG MOBILE Campus Championship has been tremendous. The sheer number of registrations is very good news for us and is a testament to the outstanding popularity of PUBG MOBILE in India, and we hope that this tournament will go a long way in taking eSports to the next level in India. We look forward to an action-packed finale and see the best team emerge as the winner”.