Skip to content
Home What is POLED vs OLED: What Are The Differences?

LED displays, in their various avatars, have become the most popular display technology for consumer gadgets these days. LED, OLED, AMOLED, and other such acronyms have become a part of our daily lexicon, as everything from smartphones to smartwatches and televisions to computer monitors, use some variation or other of this same underlying display technology to provide consumers with high-quality yet cost-effective solutions. With technology progressing at a rapid pace, another new LED technology is now being tipped by industry experts and tech enthusiasts alike to climb up the popularity charts rapidly going forward. Called ‘POLED or P-OLED’, the up-and-coming technology is expected to become mainstream sooner rather than later. So what is POLED and why is it creating waves in the tech circles?

What is POLED and How Does it Work?

POLED, or Plastic Light Emitting Diode, is a display technology that uses a flexible plastic substrate such as polyethylene terephthalate (PET) instead of glass for the electroluminescent organic semiconductor to be deposited. The use of more malleable plastic instead of glass allows the display panel to be bent, folded or rolled up without breakage.

One thing to remember here is that POLED is not the same as PMOLED. While the former is the emerging new technology that we’ll delve into further in this article, the latter stands for Passive Matrix Organic Light Emitting Diode that, unlike its AMOLED counterpart, doesn’t contain a storage capacitor, making them less efficient and hence, less prevalent these days.

In a typical OLED panel, the actual light emitting diodes are sandwiched between two sets of substrates, with a polarizer on top. POLED is basically identical to OLED apart from the fact that it uses a polyethylene (plastic) substrate instead of glass, allowing manufacturers to produce flexible displays that can be rolled up just like paper. The use of plastic also allows these panels to be thinner and less expensive to manufacture than standard OLED displays, which are also crucial points to consider at a time when most OEMs are trying to cut costs to increase their margins.

Plastic OLEDs may be used in the production of rollable or bendable displays that are said to become the norm on smartphones and other personal gadgets in the coming decade. There’s also talk that e-paper, or electronic paper may very well benefit from the use of the new technology. Another possible futuristic use case for Plastic OLEDs is smart clothing, so if everything goes according to plan, initiatives like Google’s Project Jacquard may also make use of this technology someday. The auto industry is also expected to make use of POLED displays in their dashboards and in-car entertainment systems in the years ahead.

Which Current Devices Use POLED Displays?

While Samsung is widely credited for popularizing AMOLED, fellow South Korean consumer electronics giant LG is the company behind POLED displays. The company first announced the technology in late 2013, and since then, has released multiple smartphones and smartwatches with the new technology. The very first LG device with a POLED display was the LG G Flex, but the company has since launched the G Flex 2, as well as a couple of smartwatches, called the Watch R and Watch Urbane, with POLED displays. 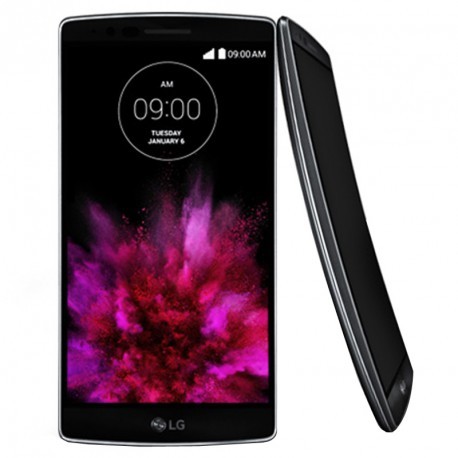 The biggest advantage of using plastic instead of glass is obviously, durability. Since plastic is flexible and less prone to shattering than glass, POLED panels will be significantly more shockproof than the standard OLED panels and hence, expected to be more durable. However, all smartphone displays generally come with a layer of glass on top, irrespective of whether they come with a plastic substrate underneath. So while such panels will very likely be more durable than their all-glass counterparts, they certainly won’t be completely shatterproof as some online commentators seem to believe. POLED panels are also cheaper and thinner than glass-based OLEDs, which means manufacturers will be able to build thinner smartphones and tablets using these panels. Additionally, LG also claims that the new technology will enable manufacturers to make screens with smaller bezels, although, how that works remains to be seen.

Even though POLED panels promise a lot, there are a few disadvantages inherent in the use of plastic. First and foremost is the quality of display. Glass has significantly better optical properties than plastic and, is generally much clearer than its less brittle counterpart. Plastic also tends to scratch more easily than glass, which is why even LG decided to use glass layers on top of the POLED panels on their G Flex and G Flex2 handsets. It will be interesting to see how LG (or any other manufacturer for that matter) will get around these issues, but recent reports seem to suggest that with technological advancements, these are becoming less of an impediment today than they were a few years ago.

While LG hasn’t used POLED displays in any of its recent smartphones after the lukewarm response to the aforementioned Flex and the Flex 2, the company recently announced that its upcoming V30 smartphone will sport a giant 6-inch ‘FullVision’ POLED display. LG Display has reportedly invested around 5 trillion won ($4.4 billion) recently into its manufacturing facilities in Paju, which is expected to produce some 120 million POLED panels this year alone, and a whopping 370 million by 2020. Rumors have also suggested that the upcoming iPhone 8 may actually ship with POLED displays, but nothing has been confirmed on that front, so we’ll have to wait a bit longer to find out if that is indeed the case.

Is POLED The Future of Display Technology?

Whether POLED displays will indeed revolutionize the display market as they are tipped to remains to be seen, but they will at least provide manufacturers and consumers with another option, which is always a good thing. The improved durability, the incredible thinness and the ability to mold POLED displays into unconventional shapes and forms will surely make it an important addition to the display industry, but we’ll need to wait and watch if it will really become as ubiquitous as LED panels in the years ahead.