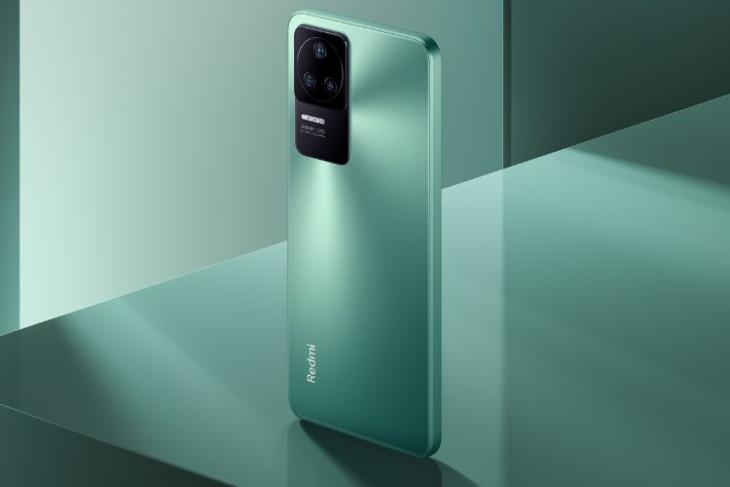 Poco recently confirmed the launch of a new F-series phone, both globally and in India. While it didn’t reveal the name of the smartphone, we expect it to be the Poco F4. Now, ahead of the launch, which is likely to take place soon, we have details on what the phone will look like.

Here’s the Possible First Look of the Poco F4

A recent report has showcased the Poco F4 in multiple real-life images and from the looks of it, it looks pretty similar to the Redmi K40S and the Redmi K50 phones. The device is seen featuring a rectangular rear camera island with a circular bump for the cameras. The phone is painted in an attractive green color, which is also one of the colors of the Redmi K40S.

However, the one in the leaked images is seen with a ‘64MP OIS’ camera stamp, as opposed to the 48MP camera setup on the Redmi K40S. You can have a look at the Poco F4 design below.

As for the specs, the alleged Poco F4 is also expected to share details with the Redmi K40S. We can expect the phone to be powered by a Snapdragon 870 chipset and come with a 6.67-inch Full HD+ AMOLED display. The display is expected to support a 120Hz refresh rate.

As for the price, it can be a mid-ranger and fall under Rs 30,000. The launch timeline isn’t known but since the company has started teasing the phone, we can expect it to happen really soon. We shall know about all the confirmed details soon. So, keep on visiting Beebom. Also, do share your thoughts on the Poco F4 design in the comments below.

Poco Confirms Launch of Its Next F-Series Device; Could Be the Poco F4