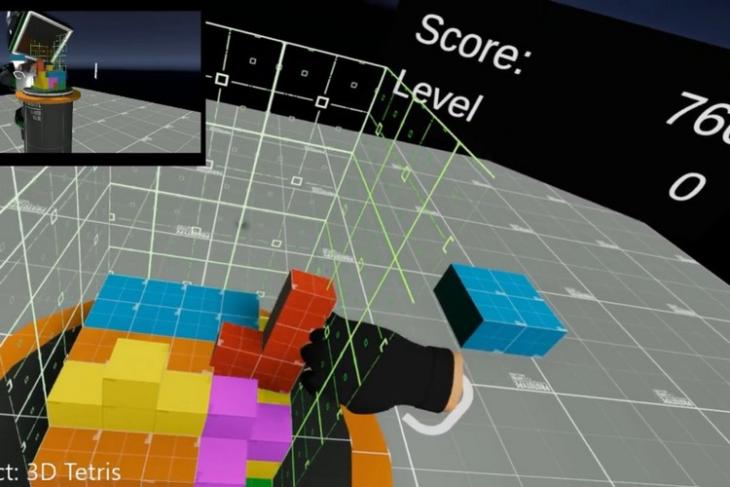 Tetris is one such game that everyone has played at least once in their life. The classic puzzle game was released way back in 1984 and went on to become one of the most popular time-killers of all time. Since its release back in the ’80s, the game has seen a lot of changes and also came to various platforms like iOS, Android and even Facebook Messenger. Now, this self-taught VR developer has created a 3D version of the classic puzzle that can be played in VR.

Surfing through Reddit, I found this Redditor who claims to be a self-taught VR developer in his spare time. The guy shared the first prototype of his recent project in r/VirtualReality and looks like he successfully re-created the classic puzzler, “Tetris” in 3D that is playable in virtual reality (VR).

The Redditor shared a gameplay video in the Virtual Reality subreddit and in the video, the user is seen to play the game in VR. The game looks completely different in a computer-generated environment. There is a base to place the different shaped blocks that appear on the right side. The user just needs to pick up the blocks with their hand as they start to appear and place them in the confined area to play the game. The ultimate goal of the game is the same as the original one. According to the creator, users can also rotate the base along with the confined tower (in which the blocks are placed), although it was disabled for the demo video.

Now, one thing to note is that this is the first prototype of the game and there is no real evidence that it will come to gaming platforms like in Oculus or Sony PS VR. However, it is quite impressive to witness this classic retro puzzle in virtual reality.

If you want to check out the gameplay video, head here. Also, let us know about your thoughts about the game down in the comments.