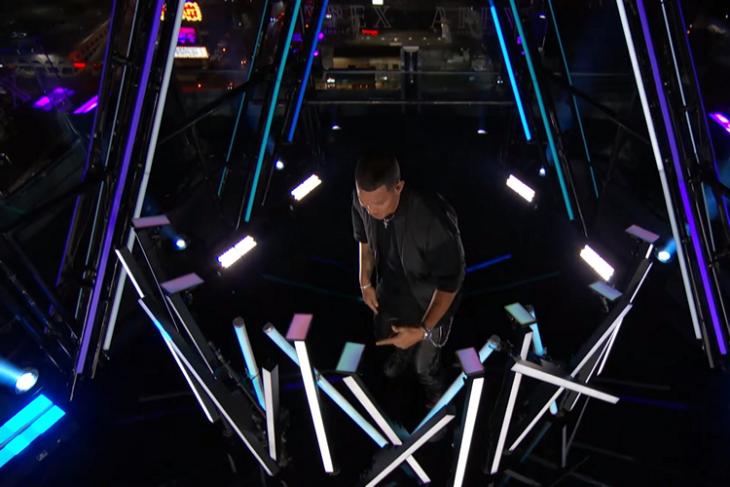 The feature that makes the Google Pixel 4 stand out is undoubtedly Motion Sense powered by the Soli chip, at least according to what the software giant claims. Earlier this week, Pixel 4 devices were used to control the live performance of Latin artist Karol G.

DJ Felo used a total of 8 Pixel 4 handsets running an app powered by Motion Sense for tweaking the music and effects in the performance. To be precise, the DJ used the handwave gesture to switch effects during the show.

“Inspired by the all-new Motion Sense radar technology in the Pixel 4, this music experiment takes the gesture of changing a song with a swipe, and turns it up to 11. Creating a custom-designed rig of eight Pixel 4 devices, each loaded with a different sample, DJ Felo built Karol G’s new track ‘Tusa’ for this exclusive performance.”, added Google in the video description.

If I’m being honest, this performance could have been done easily without the Pixel 4 and its Motion Sense powered app as the feature got underutilized in this example. While this is a good first step for reducing the number of touches, I doubt if Motion Sense is mature enough to be promoted as an exclusive feature that could boost the sales of the Pixel 4.

Pixel 4 users across the globe have not been much impressed with the Motion Sense of the Pixel 4, taking the reliability issues and the battery drain into consideration. A lot of people have turned the fancy feature off for a better battery life, which is quite disappointing.

I think Google should focus on making the functionality and reliability of Motion Sense better rather than spending much time on promoting a half baked feature. However, how effective do you think Motion Sense could be on its next iterations? Tell us in the comments.