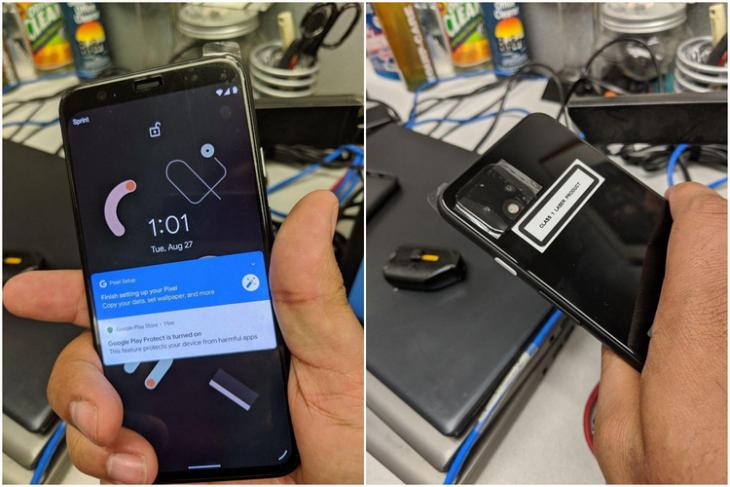 Ahead of its expected launch later this year, the Pixel 4 has been leaked in all its glory in a couple of hands-on images that give us a good idea about what to expect from it. Believed to have been uncovered by XDA, the images are said to have been shared on Telegram, although their exact origin remains unclear at this point in time.

As surmised by the report, the ‘Sprint’ logo in the status bar on one of the images suggests that the device is being tested on America’s fourth-largest cellular service provider. That being the case, the photos were very likely posted by a Sprint employee in the US, but it’s impossible to say that for certain right now.

As for the images themselves, they seem to reveal that keeping with the modern design language, the Pixel 4 will have a relatively thin bezel at the top and only a hint of a chin at the bottom. Thankfully, though, there’s no notch up-front, while the dual-camera setup is placed in a square housing at the back, all of which seemingly confirms the multitude of recent rumors, leaked renders and real-world images.

The Pixel 4 is also seemingly ditching its predecessor’s two-tone back panel for a solid, single-tone finish. While the leaked model comes with a black back panel with a white power button, one would imagine that Google would offer additional color options at launch. Lastly, there’s also the Android 10 gesture bar, as well as the Assistant Hint handle, which shows that the phone is being tested on the latest version of Android.