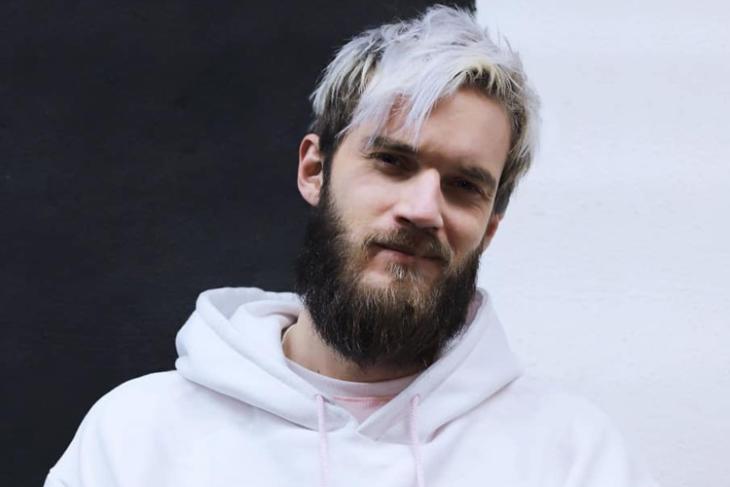 YouTube’s biggest creator Felix ‘PewDiePie’ Kjellberg, as we all know, is currently in a race with Bollywood record label T-Series, as the latter has threatened to take PewDiePie’s throne as the biggest YouTube channel.

Since it was first reported back in August, both PewDiePie and T-Series have been racking subscribers at an unbelievable rate. Presumably, they’ll continue to do so until T-Series overtakes PewDiePie as the biggest channel on YouTube.

But here’s the real question – Will T-Series manage to outrun PewDiePie? Well, looking at how PewDiePie’s fans are extending their support to promote his channel, it looks like PewDiePie is not ready to leave the throne without a fight, at least not anytime soon.

The Rivalry Is Real!

That’s right, PewDiePie’s fans are hard at work to ensure that he remains the biggest creator on the platform. Some have even started buying billboard ads in various cities around the world to promote PewDiePie’s channel. That’s outright insane!

T-Series had also launched a counterattack by posting a community update on YouTube asking people to share their channel with others. Check this out –

But PewDiePie’s fans, on the other hand, are busy trying their best to promote PewDiePie left and right. From buying billboards in their respective cities to sticking posters in their neighborhood, PewDiePie is literally flooding the streets.

The result? Well, he’s garnered over 3 million subscribers in a single month. In fact, his channel is getting over 10 million views every single day.

Honestly, it’s a little weird watching an online rivalry spilling into the real world. It all started when a notorious YouTuber called MrBeast uploaded a video of him buying billboards, bathroom ads, radio ads, etc. to stop T-series becoming the top YouTube channel.

Soon after that, PewDiePie’s Twitter handle and subreddit r/pewdiepie started blowing up with posts in which people are seen doing their part to support the Swedish creator.

Blown away by the amusing support, PewDiePie even featured some of his fan’s in a video titled “We made history!!! *again*”

All This Relentless Campaigning for What?

Why are people relentlessly fighting for subscribers on YouTube? Well, the way I see it, it’s all for drama and user impressions. MrBeast’s YouTube video, for instance, has garnered over 11 million views in 2 weeks. Heck, he was all over the media for that video. Of course, that translates to more money and subscribers. Same goes to other who’re trying to tweeting out photos and videos. None of the effort goes unnoticed and as they say, “All publicity is good publicity!”