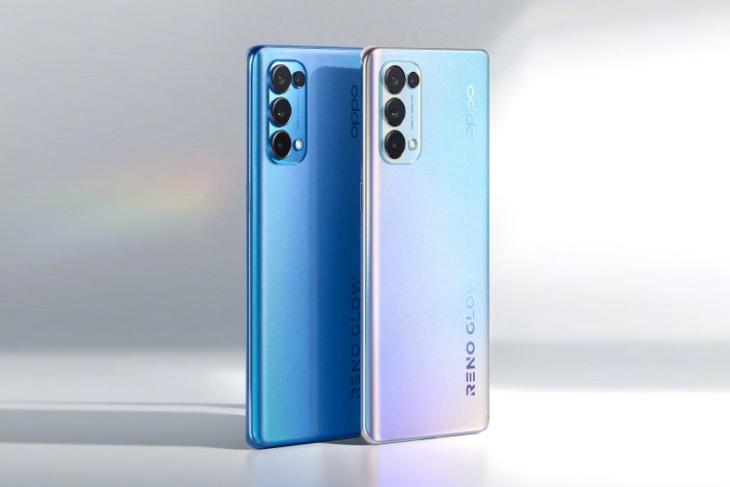 Oppo has refreshed its Reno lineup within a mere six months. The Oppo Reno 5 and Reno 5 Pro have been unveiled in China today, along with a teaser for the Reno 5 Pro+ flagship smartphone. The latest Reno 5 series features an AMOLED display, a 64MP quad-camera array, 65W fast charging, and a lot more.

Both the Reno 5 and Reno 5 Pro are identical on the rear but can be differentiated on the basis of the display panel. The former packs a flat display while the latter boasts a dual-curved display like many premium flagships out there. A major highlight of the design is the new Reno Glow 2.0 design. The camera bump and the top egde glows in the dark, as shown below.

The quad-rear camera module is helmed by a 64MP (f/1.7) primary sensor on both the phones. You will find an 8MP ultra-wide lens, a 2MP macro camera, and a 2MP depth sensor to complete the setup.

Talking about what’s under the hood, the Snapdragon 765G powers the Reno 4 (the same as last year’s Reno 4) and the MediaTek Dimensity 1000+ chipset powers the 5 Pro variant in China. Both models are coupled with up to 12GB RAM and 256GB  built-in storage. It is running the latest ColorOS 11 skin based on Android 11.

As for the battery, there’s only a minor difference in battery sizes. Reno 5 includes a 4,300mAh battery while the Reno 5 Pro has a 4,350mAh battery pack, both of which support 65W SuperVOOC charging. The standard variant could be a delight for users as it includes a 3.5mm headphone jack while the Pro variant does not. Both variants have a USB Type-C port, Bluetooth 5, NFC, and Wi-Fi 802.11ac support as well.

Oppo did not detail the Reno 5 Pro+ at the event today. Instead, the company decided to keep this variant a Christmas surprise. It only showed off the design and confirmed that Snapdragon 865 (and not the latest Snapdragon 888) will power the smartphone. It will also support 65W SuperVOOC charging. You can take a look at the official teaser poster right here: 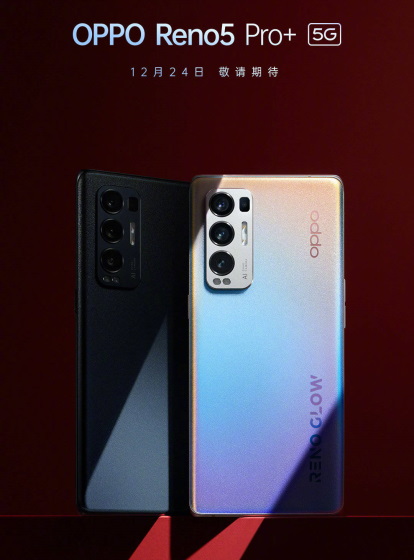 Oppo Reno 5 and Reno 5 Pro will go on sale starting from 18th December in China. The company will definitely bring both the variants to India, but it will be interesting to see what all changes will be in tow.