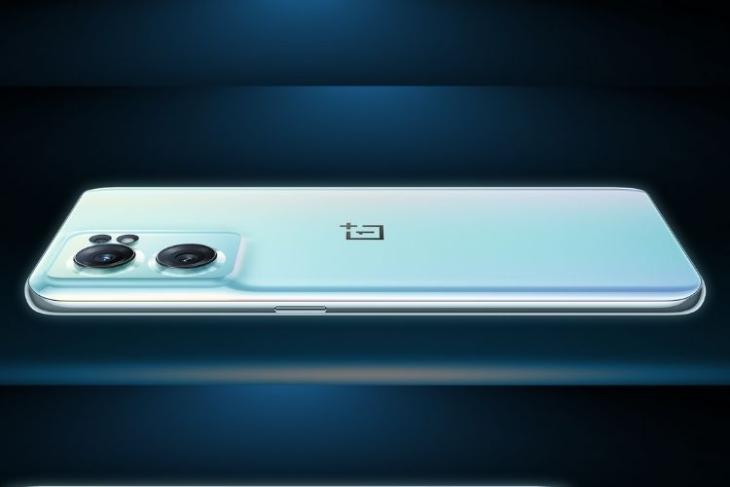 OnePlus will soon launch the Nord CE 2 5G in India on February 17. And ahead of the unveiling, the company has showcased the phone’s rear panel, thus, giving us a look at its design. Here’s a look at what it is like.

OnePlus, via a recent tweet, has revealed that the Nord CE 2 5G will have Bahama Blue and Gray Mirror as its color options. The device uses a “one-piece molding process” that merges the camera bump into the rear panel. The back of the phone has a glossy finish and has a 7% haze and a roughness similar to ceramic.

OnePlus, via a blog post, has also revealed that the phone has a multi-directional gradient coating, which exhibits both blue and yellow color tones. The phone is also touted to be resistant to fingerprints.

In addition, the company has also confirmed that the phone will be powered by the MediaTek Dimensity 900 chipset, as expected previously. The Nord CE 2 5G will also come with support for 65W SuperVOOC fast charging, which is expected to provide a day’s charge in about 15 minutes.

As for the other details, more is expected to be revealed soon. OnePlus told TechRadar that the Nord CE 5G successor will be backed by a 4,500mAh battery, support a memory card slot for storage expansion by up to 1TB. While there’s no word on the RAM + storage configurations, it is expected to come with up to 8GB of RAM and 128GB of storage. It is also confirmed to skip the alert slider, much like its predecessor.

The phone will be available via Amazon India and will launch alongside the OnePlus TV Y1S and Y1S Edge that will come with a bezel-less display with Gamma Engine, Android TV 11, Dual-Band Wi-Fi, seamless connectivity, and more. For more details, it’s best to wait until the February 17 event.