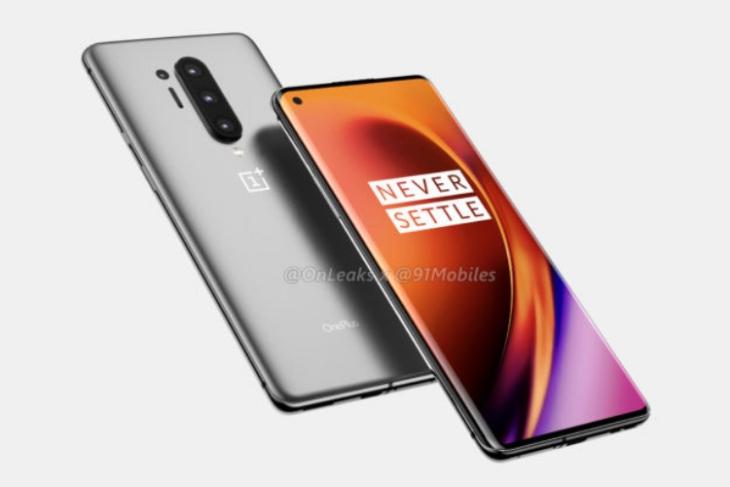 The OnePlus 7T series debuted earlier last month, with both the flagship smartphones in the Chinese company’s portfolio now offering a “Fluid AMOLED panel” with a higher 90Hz refresh rate. Well, the OnePlus 8 lineup may still be months away, however, this has not prevented the rumor mill from chatting up its features.

Well-known tipster Max J. (@Samsung_News_) has taken to Twitter to hint that the next higher-end OnePlus flagship, i.e OnePlus 8 Pro, will boast a massive upgrade. The caption in this tweet (attached below) reads “Be a pro,” which hints that OnePlus 8 Pro will come equipped with a super smooth 120Hz display panel. It could also be a dig at Apple for its “Pro-first” naming scheme, which I’m completely in agreement with.

Asus ROG Phone 2, which launched in India a couple of months ago at a really attractive price, was the world’s first smartphone to debut with a 120Hz AMOLED panel. It greatly disrupted OnePlus’ plans in the sub-Rs 40,000 price segment by offering a more feature-rich package. So, it seems like OnePlus intends to get back at the Taiwanese giant with OnePlus 8 Pro and its 120Hz Fluid AMOLED panel, which is great.

While the Razer was the first phone maker to debut with a higher refresh rate display in tow on the Razer Phone, it was an LCD panel. Many phone makers including Google have since embraced the 90Hz refresh rate for a snappier and smoother experience. Even Realme has debuted a flagship smartphone with a 90Hz panel and Samsung Galaxy S11 could boast a 90Hz refresh rate as well.

OnePlus 8 Pro renders have already surfaced online, giving us a closer look at the much-rumored punch-hole design of the curved AMOLED screen. The pop-up selfie sensor has been swapped out for the Honor V30-like punch-hole and well, we have a quad-camera setup on the rear.

OnePlus’ next flagship would most likely be powered by the Snapdragon 865 SoC, which will officially be unveiled next month. It will be paired with up to 12GB RAM and 256GB storage. I hope it supports even faster charging (psst..50W SuperVOOC charging) than 30W Warp Charge technology. What are your expectations from the OnePlus 8 Pro? Do share your thoughts with us in the comments below.