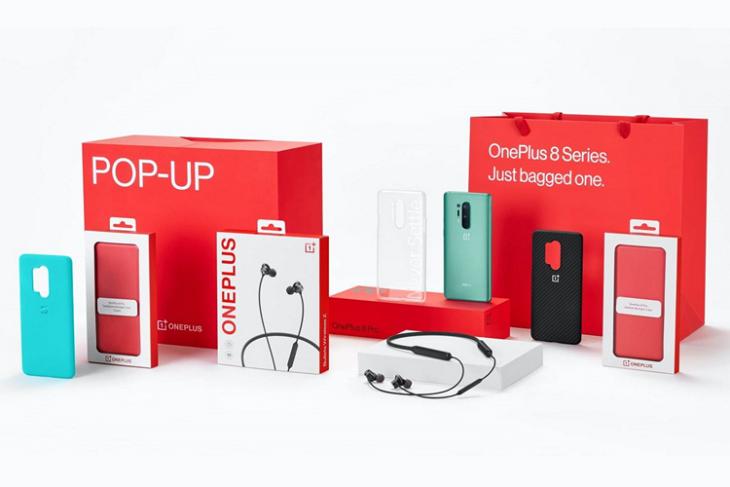 OnePlus has announced the India pricing of its OnePlus 8 and OnePlus 8 Pro limited edition ‘Popup Boxes’ that come with bundled cases and the Bullets Wireless Z earphones in black. The company is not holding any popup event this year because of the pandemic, but the Popup Boxes will go on sale around the world sooner rather than later. Both the OnePlus 8 Pro, and OnePlus 8 Pop-up boxes are now listed on the OnePlus India site.

OnePlus launched its latest smartphones in an online event earlier this month. While they share a very similar spec-sheet, there are some significant differences between the two, with the Pro model sporting a number of ‘firsts’ for OnePlus devices, including an IP rating that denote dust- and water-proofing, wireless charging and more. The OnePlus 8 Pro also comes with a quad-cam setup as opposed to the triple-camera module in the standard model. Pricing in India starts at Rs. 41,999 for the OnePlus 8, while the 8 Pro has been priced starting at Rs. 59,999.