When it comes to virtual reality, the Oculus Rift is the biggest name in the business—it’s been around for a while, the technology is top-notch, and a lot of people have heard about it. But what if you’re looking for something a little different? (Or a little more affordable?) Fortunately, you have a number of options. Here are 10 good ones to check out. 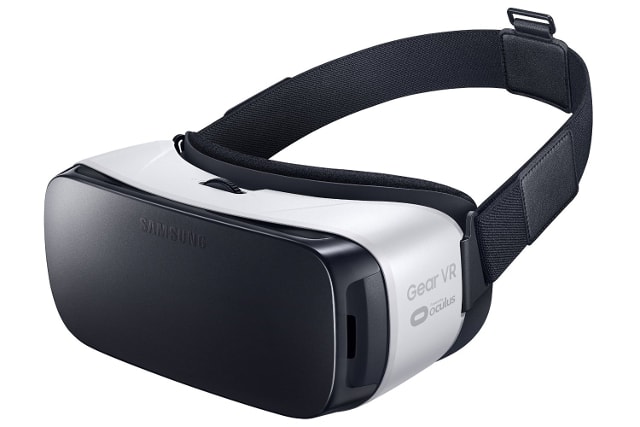 Working with Oculus, Samsung created the Gear VR to work with its Galaxy phones—specifically, the Galaxy S6, S6 Edge, S6 Edge+, and Note 5. By attaching your phone to the headset, you take advantage of the power of the Galaxy’s impressive screen, which is why the price of the Gear VR is a very wallet-friendly $99.

Reviews for the Gear VR have been very positive, with users citing its impressive picture quality as one of the strongest points. This quality will be evident when viewing 2D and 3D movies in one of three different theater “environments,” streaming videos from Vimeo, and playing both classic arcade and modern games like Pac-Man, Joust, and the newer Land’s End.

Another cool (though strangely named) feature is Samsung’s Milk VR, a 360º immersive viewing experience that lets you see all around a daily featured video. 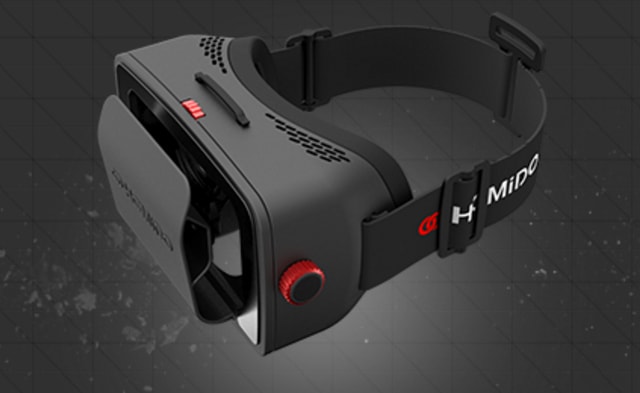 If you’re an iPhone owner and you want to use a VR headset, the Gear VR isn’t going to work—but the Homido headset will. In fact, the Homido works with most of the big-name phones: all iPhone 5 and 6 models, Galaxy S4 and S5, Galaxy Note 3 and 4, Nexus 4 and 5, Xperia Z2, LG G3, and even the OnePlus One.

Beyond the extended compatibility, the Homido headset is similar to the Gear VR; just put your phone in the mounting bracket on the front, and you’re set to go. Homido distributes VR apps through its own store, which is available on both Google Play and iTunes, and you can stream movies directly from your phone or through streaming services.

Interestingly, the Homido headset accommodates glasses wearers with lens cones that can be inserted into the headset, requiring you to take off your glasses. While it’s difficult to imagine that these lens cones will work for everyone, it does seem like it would provide a more similar experience for different users. (In contrast, several other sets provide enough room for most glasses.) 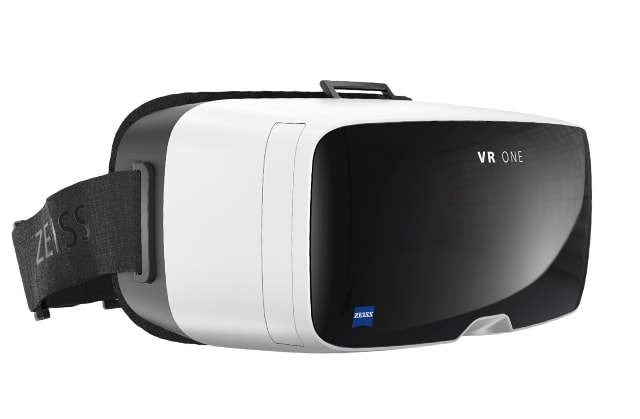 An unexpected entrant into the VR race, Zeiss is a maker of high-quality glass, often found in camera lenses. Their focus on great optics seems likely to translate very well into the VR scene, and the fact that they chose to go with a $99 mobile-based headset shows that they’re serious about getting major market penetration.

Although the VR One doesn’t have the accolades of some other entrants on this list, initial feedback has been positive. The VR one website states that it supports phones with screen sizes between 4.7″ and 5.2″, and that their slide positioning system results in perfect placement of the mobile screen if you use the Galaxy S5 or iPhone 6 (though there are 3D printable CAD models for other phones, as well).

In a cool departure from many other VR headsets, the VR One has a transparent front shield, making it possible to use augmented reality apps with your phone still in the headset. Very futuristic stuff. 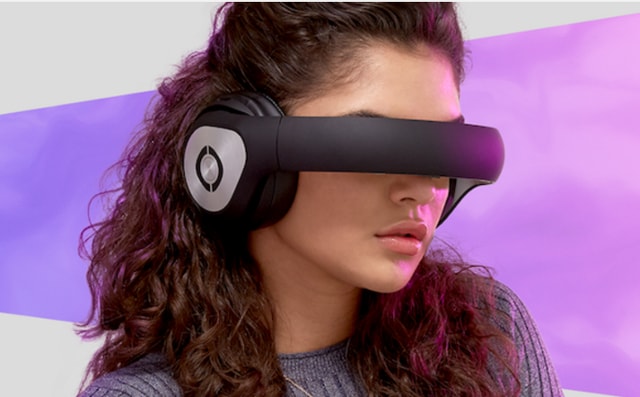 Avegant describes the Glyph as “mediawear, a new category of personal entertainment technology.” The Glyph sits on top of your head like headphones until you want to use the VR capabilities, at which time you just flip the visor down over your eyes; this makes the Glyph significantly more versatile and easily portable than any VR headsets.

It looks a bit strange, but the Glyph packs 2 million mirrors and retinal imaging technology to make sure that you get a phenomenal visual experience from your movies and games, whether they’re in 2D, 3D, or 360º format. You can display any content that can be transferred over an HDMI cable, giving you almost unlimited flexibility.

The Glyph supports a wide variety of smartphones, as long as those phones can be connected via an HDMI cable—many phones are listed on the compatibility page, and Avegant will tell you exactly which adapter you might need for use a wired HDMI connection. 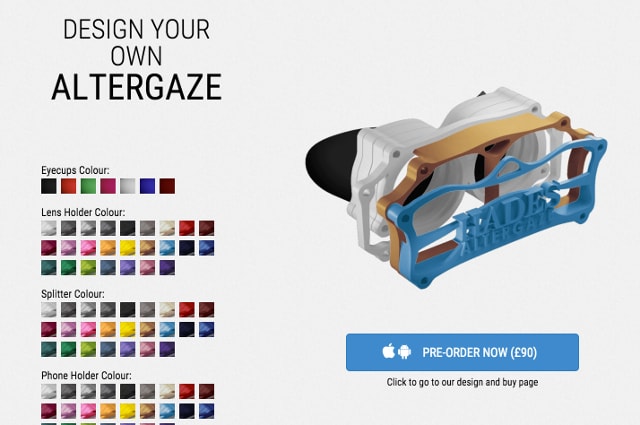 The Altergaze is unique in that it’s 3D printed, which means it can easily be customized with different colors, and you can even have your own custom logo printed on the front of it (though that will cost £60 more). The 3D printing also makes the design very easy to update, which is why Altergaze is compatible with all smartphones, regardless of size, even though it was originally designed with the iPhone 5 in mind.

The triple-lens setup used in the headset ensures that it uses the entire screen resolution of your phone, no matter the size, giving you the best visual experience possible regardless of whether you have the latest and greatest in mobile tech. Just slide your phone into the headset, and you’re ready to go.

Altergaze was designed primarily for mobile gaming and practical uses, though it could still presumably be used for 3D movies as well. While the Altergaze website still lists the headset as a pre-order, it also states that they aim to get their product dispatched within 15 working days. 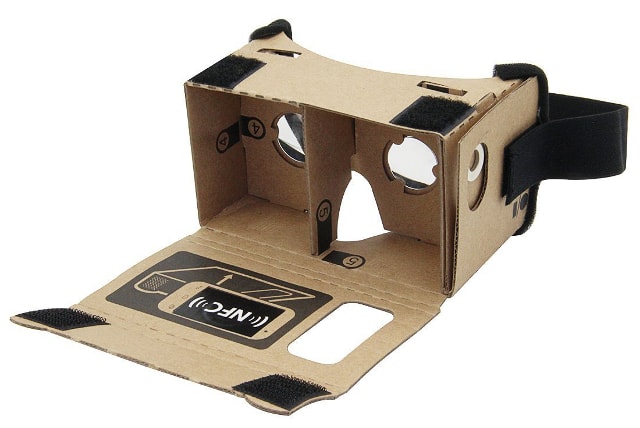 For a VR experience, you absolutely can’t beat Google Cardboard on price. Like many other affordable options, it holds your phone in front of your eyes. Uniquely, it’s made of cardboard and self-assembled, and can bring VR to the masses. As it’s a Google product, it will only work with Android phones, and only apps that are specifically designed for Cardboard.

Despite those drawbacks, and the fact that larger phones may have a bit of trouble sitting in the headset, you can’t get a virtual reality experience for this price anywhere else, and if you’re interested in testing it out to see if it’s worth investing in, this is a great way to go!

While Fove hasn’t been released yet, its aspirations are extremely impressive. Using eye-tracking, the Fove headset monitors where your gaze is in 3D space, and allocates rendering resources appropriately, a process called foveated rendering. This allows for very life-like interactions as well as more efficient use of computational resources.

Fove gives the example of making eye contact with a non-player character in a game; they might behave differently while you’re looking them in the eye. You could also target in a shooting game simply by looking at where you’d like to shoot. The 5.7″ high-resolution display will require some serious graphics power from your computer, though. 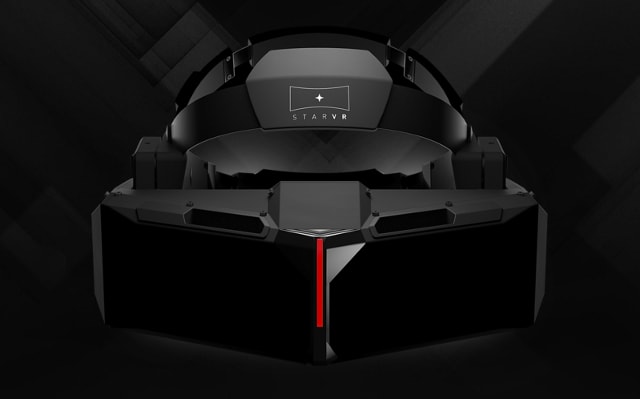 Another forthcoming VR headset, the Star VR aims to be the best headset for gaming. While its extra-wide field of view is great for viewing experiences, the fact that the Star VR will have integrated support for Steam games shows the developers’ intentions to become a gaming-focused system.

Because the Star VR is still a ways off, we don’t have many details, though the 210º viewing angle is very impressive when compared to the standard 100º offered by other sets. It also includes a very interesting-looking tracking system that allows it to keep track of not only your head, but of other objects around you. 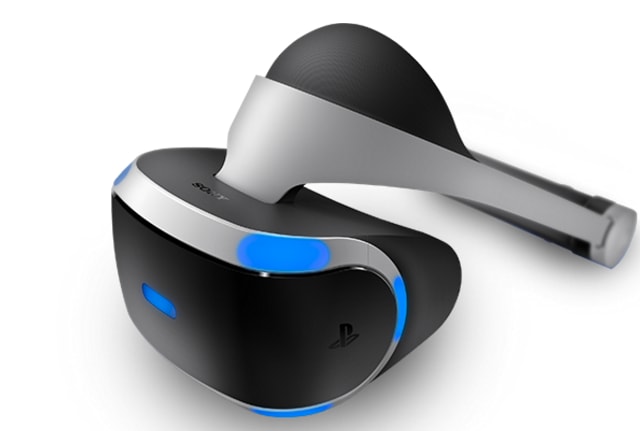 Sony’s foray into the virtual reality scene will start with the Playstation VR, which was formerly known as Project Morpheus. Designed specifically for use with the Playstation, this headset has the advantage of being able to work very easily with some of the biggest-name games out there. 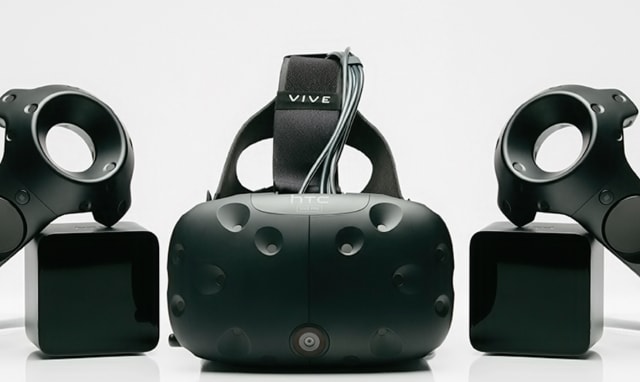 Another game-centric VR headset, the Vive was developed by HTC in conjunction with Valve, implying that Steam will also play a large role in the content that the Vive delivers. There aren’t many specs that have been released yet, but we do know that the Vive will be able to show an impressive 90fps visuals.

HTC has also mentioned a 3D room-tracking system that allows you to get up, walk around, and explore virtual environments, something that would presumably require more equipment. They’ve also shown new controllers designed for VR that promise an intuitive, freeing experience. We’ll just have to wait and see.

SEE ALSO: 15 Examples of Internet of Things Technology in Use Today

A New World of Media

The explosion of VR headsets in the wake of the Oculus Rift has sent a clear message to consumer: virtual reality is here to stay. Whether you’re looking for an affordable smartphone-based VR headset or a more expensive one with super-high-quality optics, your needs will be met by one of the headsets on this list!