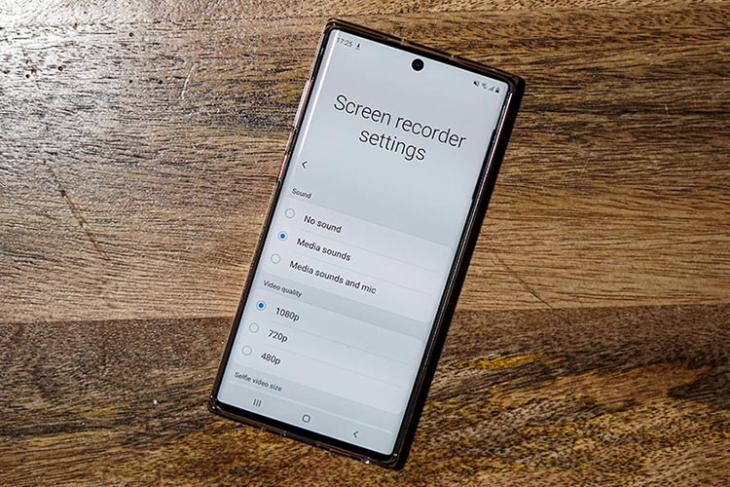 Some of you may recall that the Galaxy S10 also has a screen recorder built-in, but that only works for games, and with apps that can be (and have been) added to the phone’s “Game Launcher”. All that is a thing of the past with the Note 10 though, which lets you start screen recording straight from the Quick Settings panel.

What’s more, there are a bunch of features here too. For starters, you can choose the quality of screen recordings from 480p, all the way up to 1080p. Samsung doesn’t mention the frame rates, but it’s probably 60FPS.

There’s also the annotation feature, with which you can annotate on the screen while you record it, and you can also enable the front camera to record yourself along with the screen — a feature that might come in handy for game-streamers.

Anyway, we’re still testing out the Note 10 and the Note 10+, so let us know if there are specific things you want us to take a look at, and we’ll definitely check them out. Also, keep an eye out for more Note 10 and Note 10+ coverage from Beebom.

Here are the Camera Samples from the Galaxy Note 10

Galaxy Note 10+ Gets ‘A+’ Rating From DisplayMate; Sets 13 New Records