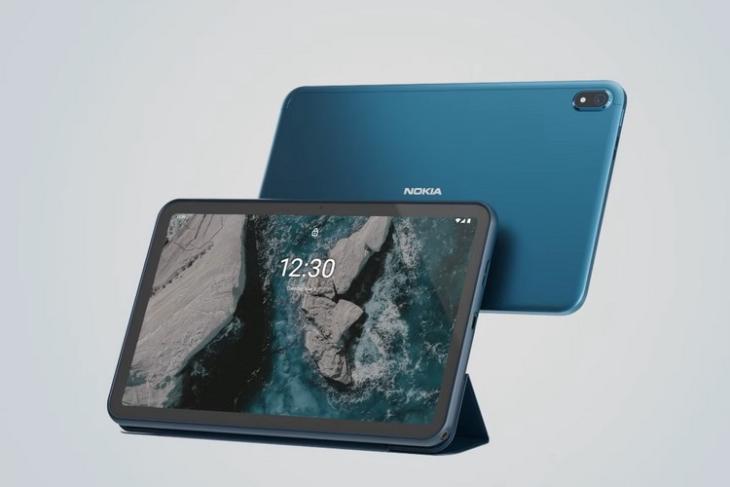 After launching its first tablet-style device almost seven years ago, Nokia has today stepped into the tablet segment once again with the launch of the Nokia T20 tablet in the market. It is a premium-looking device, packing various advanced features to compete with today’s latest and greatest in the market. The device is also the company’s first Android-based tablet. So, before moving on to its price and availability, let’s take a quick look at its design and key specs.

Starting with the design, the Nokia T20 tablet has a familiar design, which is reminiscent of the latest Nokia smartphones. It has soft, rounded corners and edges, and a clean back panel with just the single-camera module and a Nokia branding at the middle. The device weighs 465g and is 7.8mm thick.

On the front, the Nokia T20 boasts a 10.4-inch IPS LCD panel with a maximum resolution of 2000 x 1200p (2K). It is also covered with toughened glass, as per Nokia. However, the company did not mention any brand name for it. Furthermore, the display will come with a brightness boost feature that can enable it to reach its peak brightness of 400 nits.

Now, it is worth mentioning that the display has a bit of a bezel around it. However, when you come to think of it, you will need a bit of space to hold the device without affecting the touch-sensitive display. Moreover, the top bezel in the landscape orientation houses the front 5MP selfie and web camera. Speaking of cameras, the Nokia T20 has a single 8MP camera and an LED flash housed inside the rear camera module.

Under the hood, the device packs the Unisoc T610 processor, which is an octa-core processor consisting of two Cortex-A75 cores and six Cortex-A55 cores. The chipset is paired with 4GB of RAM and 64GB of storage. There is also a dedicated SD card slot to expand the internal storage to up to 512GB.

As for the battery, the Nokia T20 comes with a massive 8,200mAh battery that supports 18W fast charging. However, it is worth mentioning that users will not be able to charge the device at its maximum capability with the 10W charging adapter included in the box. As per Nokia, the device can deliver up to 10 hours of movies playback and 15 hours of web surfing on a single charge.

Other than these, there is a USB-C port for charging and data transfer and a 3.5mm audio jack as well. It also comes with a stereo speaker setup along with Nokia’s OZO Audio technology. Although the device lacks a fingerprint scanner, it offers face unlock for authentication.

The device will run Android 11 out-of-the-box and will come in a single color option named Deep Ocean. Nokia says that the T20 tablet will get 2 years of major Android updates and 3 years of monthly security updates. So, it will be upgradable to Android 12 that recently started rolling out for global users. Plus, the device will also come with Google Kids Space and Google Entertainment Space out-of-the-box.

There are, unfortunately, no words on whether Nokia will bring the device to India or not. However, as the company is expanding at a rapid pace in India, we can expect the company to step its foot into the tablet segment of the country.