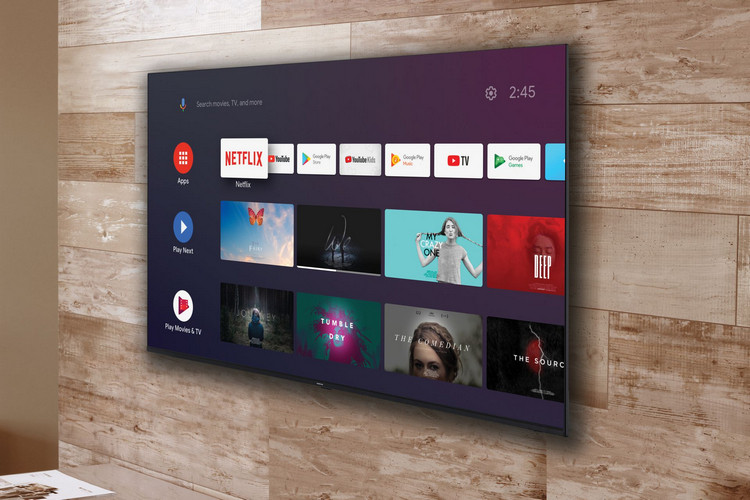 Following the launch of the Nokia Streaming Box 8000 earlier this month, StreamView GmbH, the official licensee of Nokia Android TVs, set top boxes and DAB+ radios in the EMEA (Europe, Middle East and Africa) region, has unveiled 7 new Nokia Smart LED TV models, including a top-of-the-line 75-inch 4K Ultra HD unit. The rest of the lineup includes a 32-inch Full HD model at the entry-level and a 43-inch, 50-inch, 55-inch, 58-inch and 65-inch 4K models at the more premium end of the spectrum.

All the devices also come with stereo speakers, but while the 32-inch model sports dual 6W units, the 43, 50, 55 and 58-inch TVs come with 2x10W units. The two largest models have dual 12W speakers. All the TVs will have support for Dolby Digital Plus, but the 32-inch model will miss out on DTS Surround support.

On the software side of things, they will all run Android 9 out-of-the-box, and like most smart TVs, will also support multiple traditional TV input options, including terrestrial antenna, satellite, and cable-based connections using the built-in triple tuner. Under-the-hood hardware includes an ARM CA55 Quad-Core CPU and the Mali470 MP3 GPU alongside 8GB of storage. While the 4K models come with 1.5GB of RAM, the 32-inch model gets just 1GB.

The new Nokia Smart TVs start at €399.90 (~Rs. 35,000) for the 32-inch model and go up to €1,399.90 (~Rs. 1.23 lakh) for the 75-inch model. They will be available in select European countries and are unlikely to launch in India any time soon. Even if they do, they’re unlikely to be launched by StreamView, given that branding rights for Nokia Android TV devices in India are currently controlled by Flipkart. You can check out the entire range on the official StreamView website.