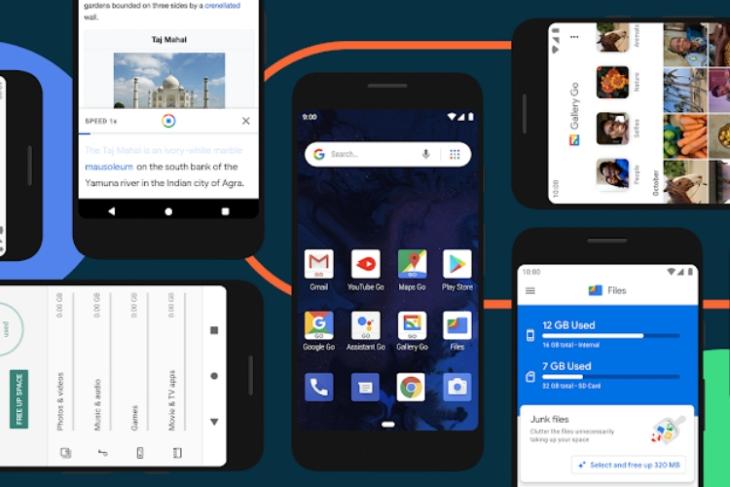 If you have forgotten about Android Go, well, here’s a quick refresher. It’s a lightweight version of Android that’s optimized to run on low-end phones with 1.5GB of RAM or less. Android 10 Go Edition is the newest update to this platform and in Google’s own words, “With Android 10 (Go edition), we’ve made Android faster and more secure.” The most significant upgrade has to be speed and reliability.

Google states that app launch times on Android 10 Go Edition have improved 10-fold as compared to Android 9 (Go Edition). It is now more memory-efficient and you would be able to notice a slight difference while multi-tasking. Another important and necessary upgrade comes in the form of encryption.

The official press release states that Google is utilizing a new form of encryption called Adiantum (not to be confused with Adamantium and Wolverine), designed specially for entry-level phones. It will provide cheap phones with the same level of security as a high-end Android phone, but utilize fewer resources than before.

Android 10 Go Edition, it goes without saying, will be jam-packed with Google’s Go app portfolio. The company has been rolling out new features for its Go apps, polishing the experience over the past year. You’ll have Gallery Go (less than 10MB in size), Files Go (with file sharing), Google Go (with AI text narration), YouTube Go, Maps Go and many other Go-optimized apps from third-party developers on board.

The timely release of Android 10 Go Edition reaffirms Google’s commitment to lower-end phones, which has gotten a new lease of life with this stripped-down lightweight Android platform. Google boasts that “over 500 manufacturers have launched more than 1,600 Android (Go edition) devices” in the past year, with $27 being the most affordable price tag.

The figures say a lot about the smartphone market, which is still witnessing an influx of first-time users. Google says that Android 10 Go Edition-backed phones will launch later this fall, so stay tuned for more updates. Ready for Redmi Go 2?