Beebom
Home Mobile Android Nokia 6.1 Plus Camera Review: Is It Any Good?

First let’s talk about how the phone’s primary camera set up fares in real world usage. Since the major competition here is the Redmi Note 5 Pro and the Mi A2, I’m also comparing the camera performance of the Nokia 6.1 Plus against the performance of those two phones.

In good lighting situations, the Nokia 6.1 Plus’ camera performs decently good enough and personally, it looks a tad better than the Nokia X6 with the China ROM in it. Photos come out with a good amount of detail, and a nice overall color balance.

In low light things don’t look so good for the Nokia 6.1 Plus. The phone tries to capture more light, and for the most part it succeeds, but it also ends up losing focus most of the time, and photos turn out really soft and noisy.

The Redmi Note 5 Pro and the Mi A2 definitely fare better in low-light conditions. Keep in mind that these phones are nothing magical in low-light, but they are a lot better than the Nokia 6.1 Plus and definitely impress with the way they handle focus, noise, and capturing enough light in a shot.

I was particularly happy with the Mi A2 in low light since it performs at par with the Redmi Note 5 Pro in most situations, and sometimes fares even better.

The rear portrait mode on the Nokia 6.1 Plus is decent. It’s nothing special, but it’s not bad for sure. The background blur here is adjustable, and I personally find it to work best when set to around 50% blur. I mean, you could go higher, but then things start to look really unnatural; that 50% blur point usually turns out more like a DSLR-shot than any other blur-settings on the phone.

In low light, the front camera on the Nokia 6.1 Plus suffers from issues similar to the ones we’ve seen with the rear camera in similar lighting. While the phone does try to capture light, it simply can’t handle low light all that well. Photos turn out dark (usually), with weird lighting, and details are all but gone here. Also, there’s quite a bit of noise in the shot. Both the Redmi Note 5 Pro and the Mi A2 once again fare better than the Nokia 6.1 Plus. The photos from these phones are not exceptional by any means, but they are definitely a lot better than what you’ll get from the Nokia 6.1 Plus. They capture more detail, more light, and usually balance the highlights and the shadows pretty well.

The Nokia 6.1 Plus comes with support for shooting 4K videos, something that the Redmi Note 5 Pro is incapable of. The phone also comes with EIS for stabilisation and in my usage I found that the EIS on the Nokia 6.1 Plus is good, but it can be pretty aggressive at times. Simply put, if there’s a lot of shake in the video, the EIS kicks in really hard and the entire video looks like it’s vibrating.. that’s like an extreme case of the weird stutter issues that EIS stabilised videos suffer in fast panning shots.

The Nokia 6.1 Plus also brings along Nokia’s very own implementation (read ‘clone’) of Animojis that we first saw in the iPhone X. The 6.1 Plus currently has only one Animoji in the camera app and it’s a dragon, I think. To be honest, Nokia’s implementation here is way better than what we’ve seen from companies like Samsung with their AR Emojis. It’s nowhere near as good as the Animojis on the iPhone X, obviously, but at Rs. 15,999, I’m not complaining about this.

Nokia 6.1 Plus Camera Review: Nothing Special

Over all, the cameras on the Nokia 6.1 Plus (Rs. 15,999) are nothing special and while I wouldn’t go as far as to call them all bad, they definitely don’t even come close to the competition in situations like low light. The Redmi Note 5 Pro and the Mi A2 both have cameras that perform far better than the Nokia 6.1 Plus’ cameras. Basically, if camera quality is an important metric to you, I’d not recommend the Nokia 6.1 Plus. That said, I do hope that HMD Global can improve the cameras with software updates. Fingers crossed.

HMD Global has started rolling out the Android 10 update to a number of its smartphones in India, including the Nokia 6.1 Plus, Nokia...
Kishalaya Kundu - Jan 9, 2020

Motorola, a name which seemed to be lost amid the whirlwind of aggressive Chinese brands like Xioami and OnePlus setting a foot in India,...
Beebom Contributor - Oct 4, 2018 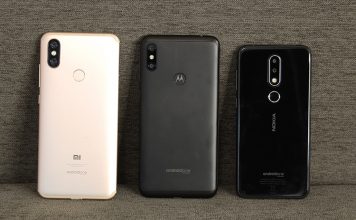 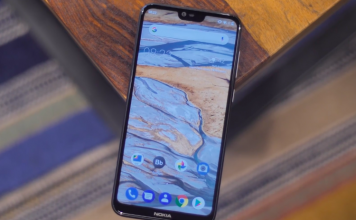 HMD Global recently rolled out a new update for the Nokia 6.1 Plus which brought along the August security patch to the phone. However,...
Akshay Gangwar - Sep 7, 2018 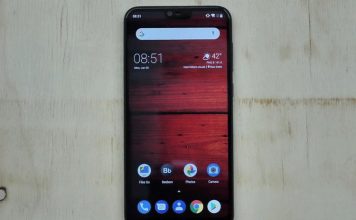 HMD Global has started pushing out a new update for the Nokia 6.1 Plus which brings along the August security patch to the phone....
Akshay Gangwar - Sep 4, 2018