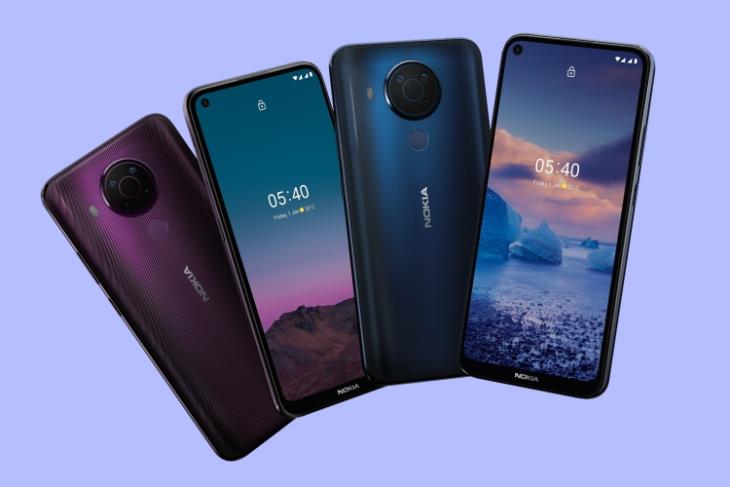 Apart from the Nokia C1 Plus, HMD Global has also unveiled the budget-centric Nokia 5.4 in the global markets today. It is a successor to the Nokia 5.3 that found its way to India only three months ago. Nokia 5.4 brings minor upgrades to the chipset, camera, and design department.

Firstly, the core design of Nokia 5.4 is not much different from its predecessor. You still have a circular camera island and a fingerprint sensor on the rear. HMD Global has now moved to using shiny polycarbonate back panels as opposed to a glass back. The front features a 6.39-inch HD+ (1520 x 720) LCD panel with a punch-hole cutout, housing a 16MP selfie camera, at the top left.

As for the rear cameras, the circular quad-camera array is led by a 48MP primary camera as opposed to the 13MP sensor on its predecessor. It is coupled with a 5MP ultra-wide lens, a 2MP depth sensor, and a 2MP macro camera. 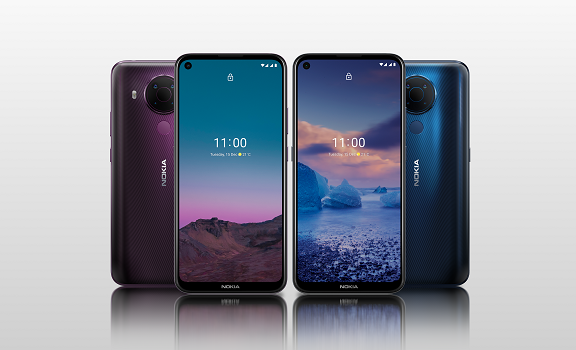 Under the hood, the Snapdragon 662 chipset powers the Nokia 5.4 as opposed to the Snapdragon 665 chipset aboard its predecessor. You will also find up to 6GB of RAM and up to 128GB of built-in storage (expandable up to 512GB via a microSD card).

While the highlight of Nokia phones is supposed to be the software experience, Nokia 5.4 does not deliver on this promise. The device arrives with Android 10 out-of-the-box and is said to be Android 11 ready. This is the sad state of Google’s Android One program, which once gave HMD Global the recognition it holds so dearly today. Plus, the promise of two major updates means that Nokia 5.4 will only be updated to Android 12 while it should’ve been Android 13.

Nokia 5.4 also comes equipped with a modest 4,000mAh battery. It supports 10W fast-charging, which is measly in comparison to competitors. The device also includes a USB Type-C port, a 3.5mm headphone jack, Bluetooth 4.2, and 2.4GHz Wi-Fi support (just sad and appalling in 2020).

Nokia 5.4 has been priced starting at €189 (~Rs. 16,900) for the 4GB+64GB variant in Europe. The smartphone will be available in two color variants, including Polar Night and Dusk. It will go on sale in the UK and Europe in December itself.