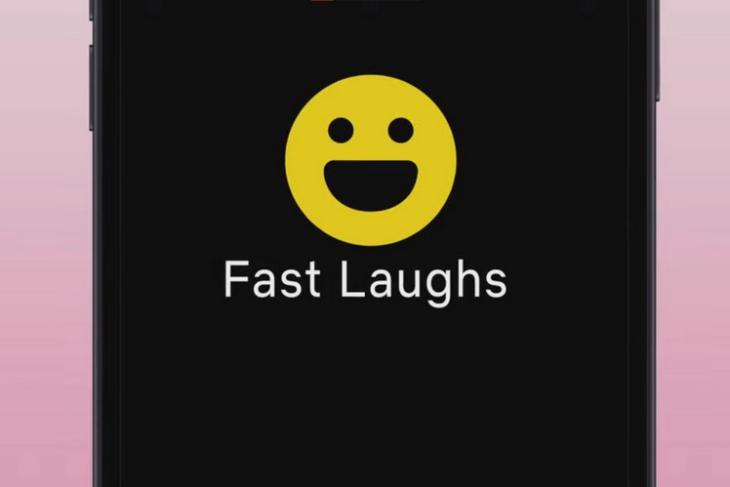 We saw Netflix introduce new features such as studio-quality audio on Android and auto-download to keep movies and TV shows handy for a binge-watch session. Now, Netflix is rolling out a TikTok-like video feed on its mobile app. Why? It wants to help the viewers discover new comedy movies and TV shows, and also have some quick laughs.

At the end of last year, following the ban of TikTok in India, we got the first look at Netflix’s “Fast Laughs” feature. The streaming giant was only testing it with select users in the US, the UK, and a few other countries back then. Today, Fast Laught is officially rolling out to the public in these countries.

Fast Laughs is a TikTok-like vertical video feed that plays short clips from various comedy movies and TV shows available on the platform. The duration of the clips differs from 5 seconds to 45 seconds, and the feature aims to improve the discoverability of comedy movies and shows.

Once the feature rolls out publicly, users will be able to get to “Fast Laughs” via a dedicated sidebar on the app. From there, you can launch the vertical video feed. If you see something you like, you can quickly react to the clips, add the respective movies or shows to your watchlist, and even share them with friends and family.

The company announced the roll-out of the feature with an official blog post.

“Wanna see something funny? On Netflix, this one little question opens up lots of possibilities from hilarious series and films to laugh-out-loud stand-up specials. That’s why we’re launching a new Fast Laughs feature for mobile devices. Fast Laughs offers a full-screen feed of funny clips from our big comedy catalog including films (Murder Mystery), series (Big Mouth), sitcoms (The Crew), and stand-up from comedians like Kevin Hart and Ali Wong,” reads the post.

Now, the feature is currently rolling out but will only be available for iOS users at the moment. Netflix says that it will start testing it on Android soon.

Following the announcement, I checked the Netflix app on my iOS device for the feature. Unfortunately, it did not make its way to India at the time of writing this article. So, if you get a look at “Fast Laughs” on your iOS device, do let us know about your experience down in the comments.