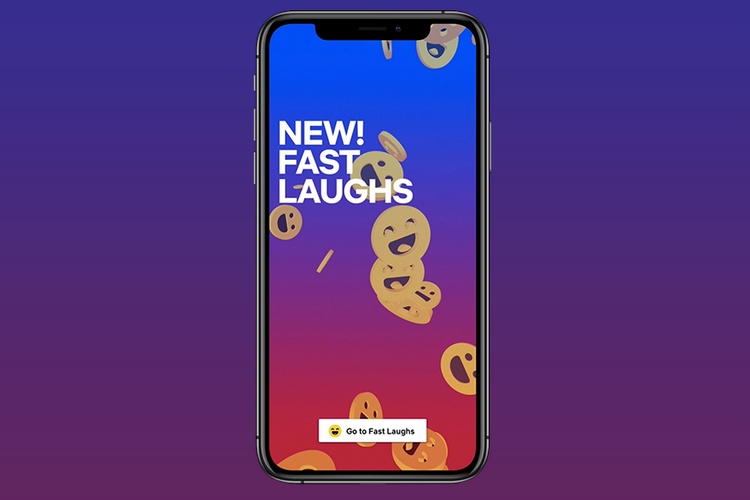 Netflix is testing “Fast Laughs,” a new TikTok-like feature that shows clips from its collection of comedy TV series. The duration of these clips differs from 15 seconds to 45 seconds. In Fast Laughs, you have a right sidebar that lets you quickly react to the clip, add the shows to your watchlist, share with your friends or family, play it, or just browse more content.

You might be wondering Netflix already has a similar feature called ‘Mobile Previews’ and it essentially serves the same purpose. Well, the primary difference between the existing Previews and this feature is in the way they present content to the audience. While Netflix Previews replicates the experience of Snapchat or Instagram stories, Fast Laughs takes a page out of TikTok’s book and lets you vertically swipe to navigate through clips.

Netflix’s Fast Laughs feature was first spotted by social media consultant Matt Navarra and was further confirmed by TechCrunch. Netflix brings this feature to the attention of users by placing it in the first row of Previews. Take a look at the feature in action below:

Netflix told TechCrunch it is testing the feature in the U.S., the U.K., and other select markets. In fact, the company says it had previously tested the feature with a limited number of users earlier this year. The current rollout seems to be wider than before but it is limited to iOS devices.

Unlike Reels, YouTube Shorts, and a bunch of other TikTok clones, Netflix isn’t trying to replace TikTok. Instead, it is attempting to incorporate a proven viewing format to help improve discoverability of its own content. It will be interesting to see if Netflix has plans to widely rollout this experience in the future.

Netflix Will Now Auto-Download Movies/ Shows of Your Liking; Here’s How it Works

How to See What’s Coming Soon on Netflix

Netflix Starts Testing a Sleep Timer on Android; Here’s How It Works