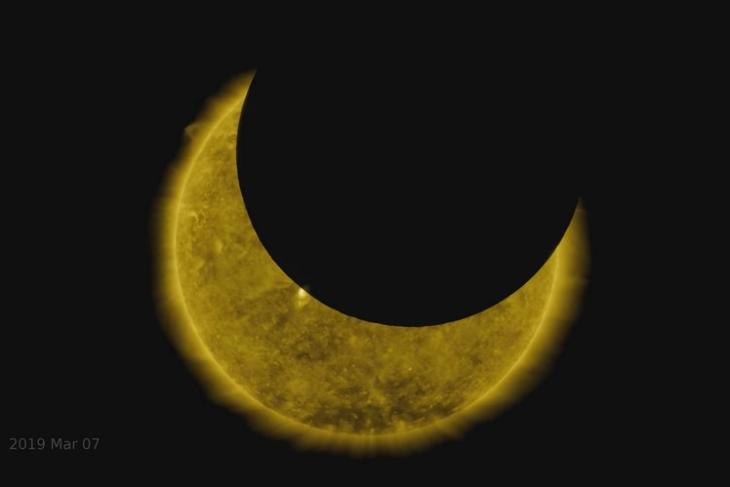 NASA does some pretty amazing works to showcase the space with its various satellites and telescopes. A few months ago, we saw NASA release a picture of Jupiter that looks like a piece of modern art. Now, the space organization has released a video that shows a decade’s activity on the Sun’s surface.

The video (below), titled “A Decade of Sun”, is 61 minutes long and has been produced by using high-resolution imagery recorded by the Solar Dynamics Observatory (SDO) spacecraft over the past decade.

The video is pretty darn cool as you can observe the Sun’s “Corona”, which is the outermost layer of the star’s atmosphere that burns and shines 24 x 7 x 365.

Now, the video consists of snaps from 2nd June 2010 till 1st June 2020. It includes one snap from each hour between the two dates which makes it a total of 87,000 snaps. That is a pretty big number.

Also, during the course of the video, one can observe quite a few solar eclipses. And another specific detail that one can easily miss is the Venus transit that occurred on the 5th of June 2012 (at the 12:24 mark). This is something that won’t happen again until 2117!

Now, SDO captured an image every 0.75 seconds that add up to a whopping 425 million photos occupying 20 million gigabytes of data!

Although humans have already traveled to space, the star is still very alien to us even though we literally see it every day. So, the tracking not only looks cool but it is also beneficial in understanding the Sun’s behavior and its effects on the solar system.

All in all, the video is quite epic to watch and sometimes even gives chills. There is also an appropriate background score to give you that interstellar feel. And it is composed by a Germany-based music composer, Lars Leonhard.

So now, you can stare at the sun without any protective goggles for as long as you want as the video does provide you with an out-of-the-world experience, quite literally!
You Might Like
News