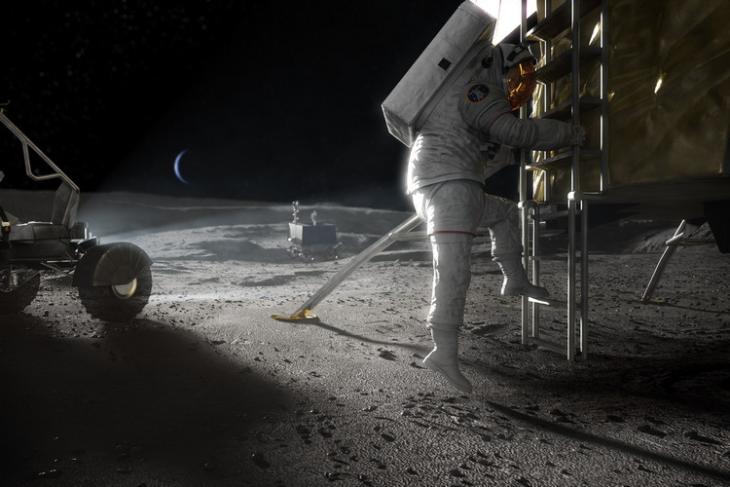 NASA on Thursday announced that it has selected three U.S. companies to design and develop human landing systems (HLS) that will help astronauts land on the moon as part of the agency’s ‘Artemis’ program. The companies that won the contact include Elon Musk’s SpaceX, Jeff Bezos’ Blue Origin, and a defense supplier called Dynetics that’s led by the former Director of NASA Marshall Space Flight Center, David A. King.

NASA is targeting 2024 for its next crewed demo missions to the lunar surface, and will not only be paying these companies $967 million over the next 10 months as part of the deal, but also help them with its expertise for the design and development of the new technology. The mission will represent the first time humans will return to the moon since 1972, but with several key differences, including the use of 21st-century technologies and access to more parts of the Moon.

According to the official press release, the three companies offered three distinct lander and mission designs, which will drive a broader range of technology development and, ultimately, more sustainability for lunar surface access. The notable absentee on the list is the Seattle-based aerospace giant, Boeing, which has played a major role in most of NASA’s human spaceflight programs up until now.

“With these contract awards, America is moving forward with the final step needed to land astronauts on the Moon by 2024, including the incredible moment when we will see the first woman set foot on the lunar surface”, said NASA Administrator Jim Bridenstine. According to him, “This is the first time since the Apollo era that NASA has direct funding for a human landing system, and now we have companies on contract to do the work for the Artemis program”.

According to NASA, it is returning to the Moon for scientific discovery, economic benefits and inspiration for a new generation. The agency also expects that the experiences of this project will help it build a new habitat, rovers, power systems and other technologies that will be required for human exploration of Mars.