Skip to content
Home News NASA to Develop Special Spacecraft That Could Enter the Sun’s Orbit! 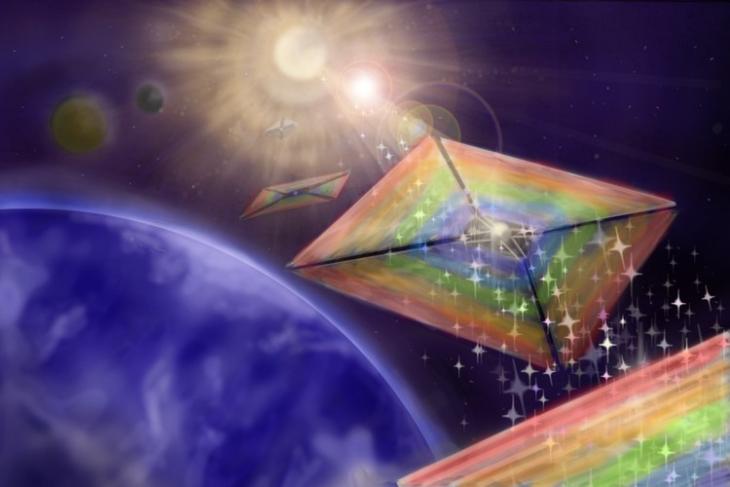 NASA’s aim to further study the Sun and other celestails has taken a new step as the US-based space organization has now invested $2 million to develop a new solar sail concept. The concept, dubbed “diffractive lightsailing,” could pave the way for developing a spacecraft that will be able to propel into the orbit around the Sun’s poles. Let’s take a look at the details below.

NASA’s latest $2 million funding is a part of Phase III of the NASA Innovative Advanced Concepts (NIAC) program. This project is led by Amber Dubill of the Johns Hopkins University Applied Physics Laboratory in Laurel, Maryland.

Solar sails are specialized solar-powered sails that are similar to the sails of a boat. However, instead of using wind to propel forward like boat sails, solar sails leverage the pressure exerted by sunlight to propel a vehicle in space. These solar sails are made of reflective materials like Mylar, which enables them to capture the momentum of the Sun’s photons.

NASA, however, notes that existing solar sail designs rely on massive and very thin sails that limit a spacecraft’s ability to freely maneuver in space without sacrificing precious solar power. The diffractive lightsails, on the other hand, would rely on small gratings that are embedded into thin films. This would allow the sails to diffract the sunlight by spreading it out and passing it through a narrow opening. In simpler words, the new concept would allow a spacecraft to use sunlight more efficiently while freely maneuvering in space.

“Diffractive solar sailing is a modern take on the decades-old vision of lightsails. While this technology can improve a multitude of mission architectures, it is poised to highly impact the heliophysics community’s need for unique solar observation capabilities. With our team’s combined expertise in optics, aerospace, traditional solar sailing, and metamaterials, we hope to allow scientists to see the Sun as never before,” Amber Dubill, the Project leader, said in a statement.

The team has already designed and tested various kinds of diffractive sail materials. Furthermore, the researchers have designed new navigation and color schemes for a lightsail-based spacecraft that could potentially back a mission of orbiting the Sun’s poles.

With this funding, Dubill and his team will work on optimizing the sail material. The team is also slated to conduct ground tests for a potential demo mission in the coming months. So, what are your thoughts about this new concept by NASA? Let us know your thoughts in the comments below.