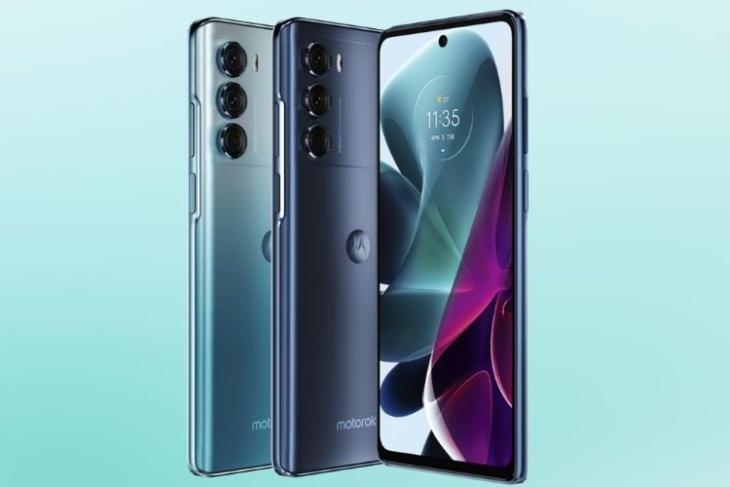 Earlier this week, Motorola launched its latest flagship smartphone under the G-series called the Moto G200. The device boasts high-end specs, including the Snapdragon 888+ chipset, a triple-camera module, and a 144Hz display. So following its global launch, Motorola is reportedly looking to launch the device in the Indian market soon.

The report comes from tipster Debayan Roy of Gadgetsdata (via Gadgets360) who initially tweeted about the launch of a new Motorola device with the Snapdragon 888+ chipset in India. In a follow-up tweet, Roy suggested that Motorola will launch the Moto G200 in India before the end of this month. He also mentioned that the device could launch on November 30, the same day as the Redmi Note 11T 5G launch, although the company might delay the launch to the first or second week of December. You can check out his tweet attached right below.

Now, as the Moto G200 launched in the global market earlier this week, we already know the key specs and features of Motorola’s flagship device. Let’s take a look at the specifications right here:

The Motorola G200 boasts a 6.8-inch Full HD+ IPS LCD panel with support for a 144Hz refresh rate. It has a triple-camera setup at the back, including a 108MP primary lens, a 13MP ultra-wide lens, and a 2MP depth sensor. There is also a 16MP selfie snapper housed inside a centered punch-hole cutout at the front.

Under the hood, the device packs the Qualcomm Snapdragon 888+ chipset, paired with 8GB of RAM and up to 256GB of internal storage. It is powered by a 5,000mAh battery with support for 33W fast charging.

Other than these, Moto G200 also supports 5G networks for faster connectivity and Dolby Atmos for an immersive sound experience. The device is IP52 rated for dust and water resistance and comes in two color options – Glacier Green and Stellar Blue.

Now, coming to the pricing, the Moto G200 starts at €450 (~Rs 37,760) in the global market. We don’t have any information on the Indian pricing of the device yet. However, we expect Motorola to announce the India launch date soon. So, stay tuned for more information.