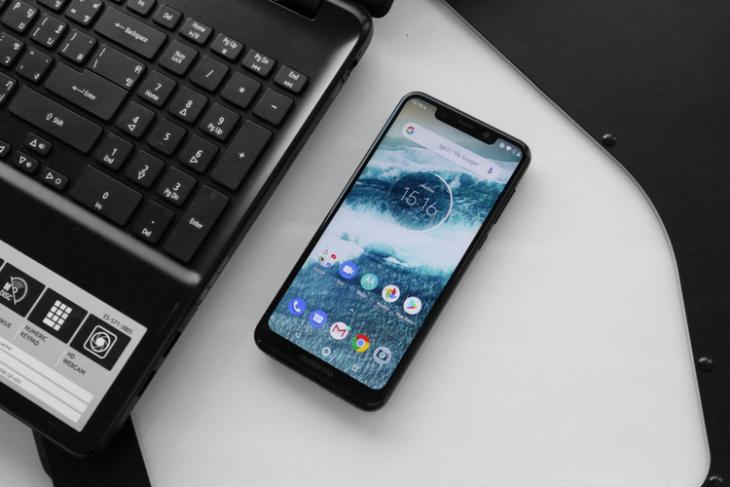 On the same day that Motorola confirmed plans to launch a flagship smartphone at the upcoming MWC 2020 tech show in Spain, the device itself has seemingly popped-up on the Geekbench index, revealing some of its key tech specs. As per the multiple listings, the device, named Motorola Edge Plus, will ship with 12GB of RAM and will be powered by an octa-core processor running at 1.8GHz. The listing also seems to reveal that it will run Android 10 out-of-the-box. 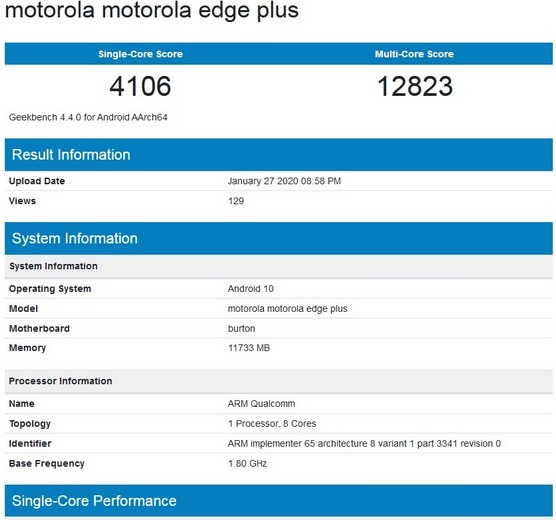 News about the Motorola Edge Plus was first revealed by tipster Evan Blass (@evleaks), who claimed that the device will ship with a punch-hole selfie-cam. He also claimed that it will be available on Verizon in the US, but there’s no word on whether it will be launched outside the US at some stage. There’s also no new info about the phone’s hardware specs and software features, but we’ll hopefully get to know more sooner rather than later.

Motorola originally announced plans to launch a Snapdragon 865-powered flagship smartphone at the Qualcomm Snapdragon summit in Hawaii last December. In an official statement at the event, the president of Motorola Mobility, Sergio Buniac, said: “Motorola will continue leading the 5G era with our expanded lineup of 5G solutions in 2020 – driven by the high-performing Snapdragon 765 and 865 mobile platforms, re-invigorating our place in the premium flagship space”.

While he didn’t share an official ETA, he did say that the launch will come in early 2020. Latest developments now suggest that it might happen as early as next month, so we should expect more details in the intervening period.