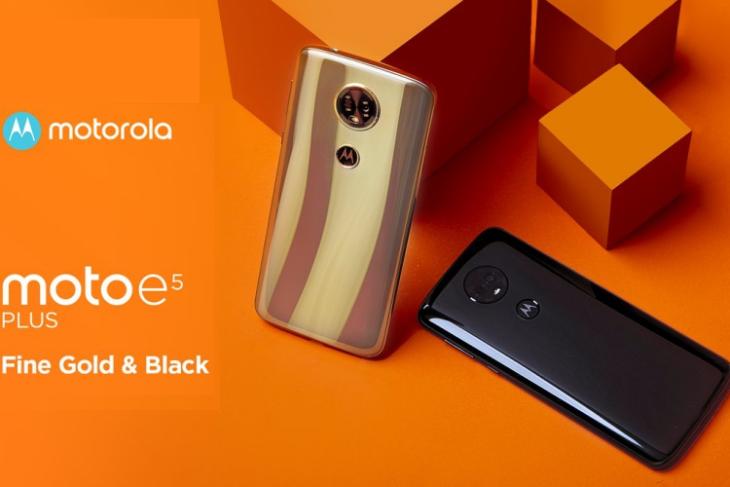 After making us wait for over two months after the official unveiling, Motorola has finally brought the much-awaited Moto E5 series to India. We anticipated the phone maker to launch just the high-end Moto E5 Plus in the country, but the Moto E5 also tagged along for the launch.

The Moto E5 has only one variant and has been priced at Rs 9,999 (which is lower than what we’d seen in a listing on Amazon). The Moto E5 is already available on Amazon India, Moto Hub offline stores, and leading retail stores across the nation.

The Moto E5 Plus, on the other hand, will go on sale exclusively on Amazon India, as well as Moto Hub stores. You can buy Moto E5 Plus on 11th July, starting at Rs 11,999 and midnight tonight. It is available in two color options – Black and Fine Gold.

Starting off with the Moto E5, it features a 5.7-inch IPS LCD Max Vision display, with an 18:9 display (first Moto E series phone with a taller screen) and HD (720p) resolution. The device is powered by the Snapdragon 425, coupled with 2GB RAM and 16GB internal storage – which is expandable up to 256GB via microSD card slot. 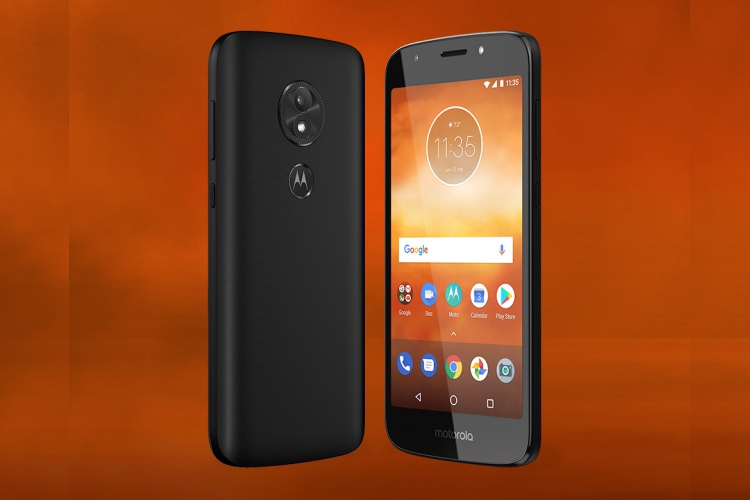 On the optics front, the Moto E5 sports a single 13MP camera with a f/2.0 aperture on the rear (no dual lenses here), along with a 5MP selfie shooter that should be enough for casual needs. Both of these cameras can record video up to 1080p resolution at 30fps.

The Moto E5 also includes a spacious 4000 mAh battery, which supports fast charging over the USB Type-C connector. There’s also a fingerprint scanner on the rear, which is well-crafted and sports the Moto logo.

The Moto E5 Plus stands out from other devices in the lineup and features a sleek design, with a wave pattern on the rear.

This device features the same display as the Moto E5 and sports a 6-inch HD+ IPS Max Vision screen when compared to its predecessor. It is powered by a Snapdragon 425 chipset and Adreno 308, coupled with 2 RAM + storage configurations – 2GB + 16GB and 3GB + 32GB. The highlight of this device is that it boasts of an enormous 5,000mAh battery unit. 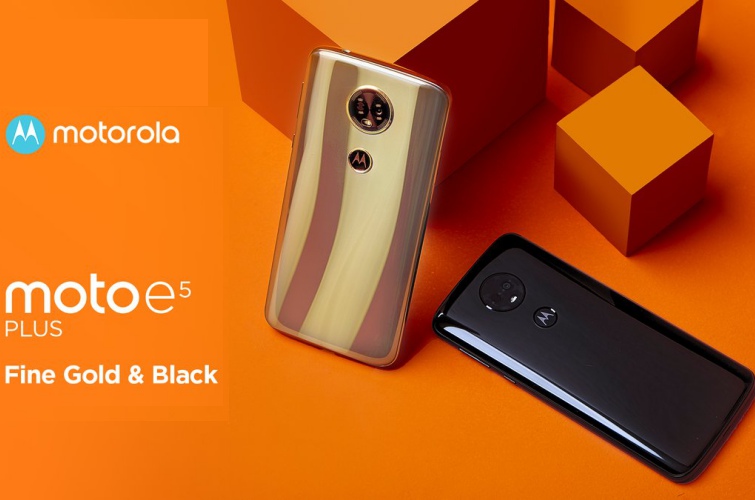 On the optics front, the Moto E5 Plus may seem to have a dual rear-camera setup, but it only has a single 12MP rear camera. The second cut-out in the camera module sports the laser auto-focus that’ll help you focus faster and capture better photos. There’s also an 8MP selfie shooter.

It has a fingerprint scanner is located on the rear with the Motorola logo inscribed on it, along with Android Oreo running out-of-the-box. So, which of these two Moto E5 devices look attractive to you? Let us know in the comments below.