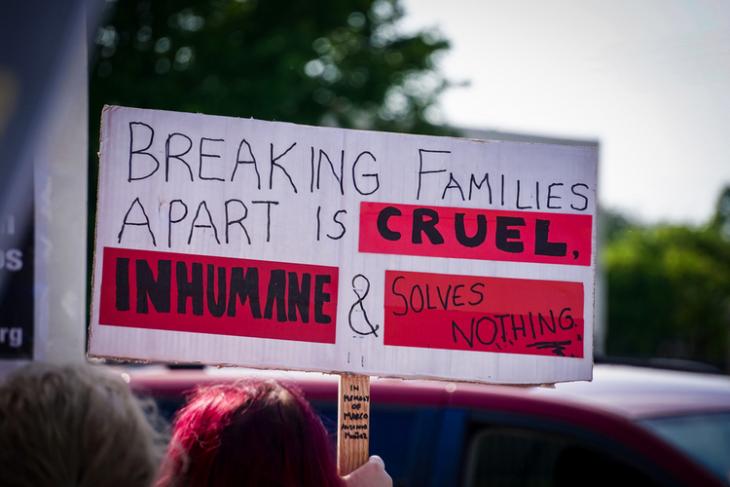 Microsoft CEO Satya Nadella is one of the many Silicon Valley leaders who have begun to speak up on the major immigration issue in the US, where the contentious ‘Zero Tolerance’ policy being implemented by the Donald Trump administration has come under fire by civil rights organizations and human rights activists. Immigration authorities along the US-Mexico border have been lambasted for separating young children from their immigrant parents.

Earlier today, Nadella, himself an immigrant from India, posted on LinkedIn the text of an email he sent to all Microsoft employees. In the mail, he described the administration’s latest move on immigration as ‘abhorrent’, ‘cruel’ and ‘abusive’, saying that the issue touches him personally as a parent and an immigrant. He also said that it was the country’s now-deprecated ‘enlightened immigration policy’ that helped him live his dream.

“Like many of you, I am appalled at the abhorrent policy of separating immigrant children from their families at the southern border of the U.S. As both a parent and an immigrant, this issue touches me personally … This new policy implemented on the border is simply cruel and abusive, and we are standing for change”

Microsoft President Brad Smith also wrote a rather lengthy post on the company’s official blog, spelling out the company’s stance on the immigration issue, and urging the government to address the Green Card backlog. “More than anything, we need Congress to remember the fundamental decency and humanitarian spirit that defines us as a people and a nation. In short, we need to take care of children”, he said.

The actions from the Microsoft top-brass follow the posting of an open letter on the company’s internal message board from more than 100 employees earlier in the week. In the letter, the signatories protested the software maker’s work with the Immigration and Customs Enforcement (ICE) and asked the company to stop collaborating with the agency that has been blamed by human rights activists for its role in separating migrant parents and their children at the country’s southern border with Mexico. 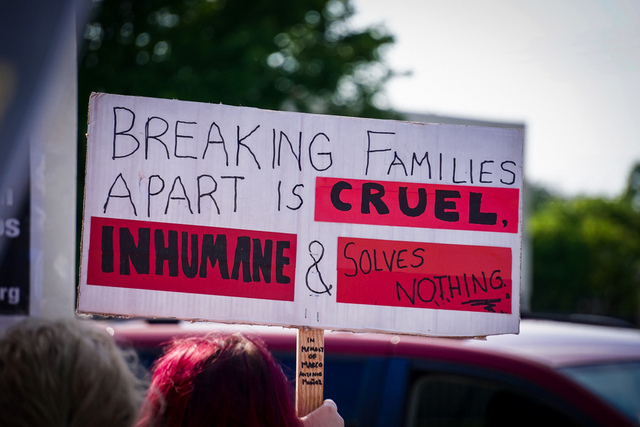 Addressed to Nadella, the letter referred to a $19.4 million contract the company had signed with ICE earlier this year, and said that the company must put ethics over profits, especially, when it came to children. “We believe that Microsoft must take an ethical stand, and put children and families above profits”, said the letter.

In a curious move, the blog post detailing the contract was removed after the media highlighted it, only to be reinstated a few hours later. Explaining the sudden change in plans, the company said in a statement that “An employee briefly deleted the blog after seeing commentary in social media. This was a mistake and as soon as it was noticed the blog was reverted to previous language”.

The company also clarified in a statement that its Azure cloud services are not being used by ICE to implement the controversial policy. According to a Microsoft spokesperson quoted by BuzzFeed, “Microsoft is not working with U.S. Immigration and Customs Enforcement or U.S. Customs and Border Protection on any projects related to separating children from their families … We urge the administration to change its policy and Congress to pass legislation ensuring children are no longer separated from their families”. 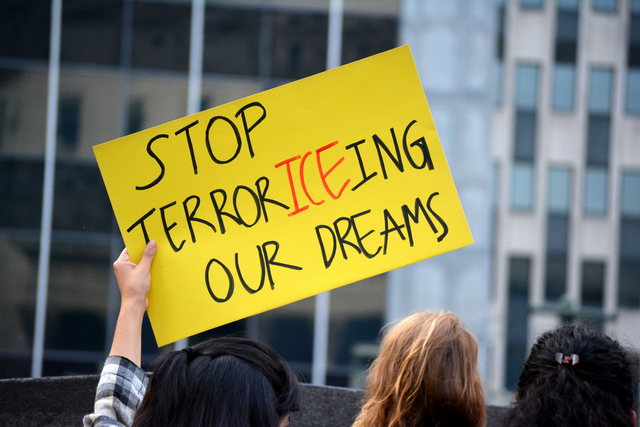 Most of the other leading tech companies in the US have also been lending their own voice to the debate, issuing their own statements that are either deeply critical of the so-called ‘Zero Tolerance’ policy, or at least, sympathetic to the innocent children who are being ripped apart from their parents in what has escalated into a deeply-divisive political hot-potato in the country.

In an interview with the Irish Times, Apple CEO Tim Cook had this to say:

“It’s heartbreaking to see the images and hear the sounds of the kids. Kids are the most vulnerable people in any society. I think that what’s happening is inhumane, it needs to stop. We’ve always felt everyone should be treated with dignity and respect. In this case, that’s not happening”.

Both CEO Mark Zuckerberg and COO Sheryl Sandberg released statements condemning the current administration’s stance on immigration. Zuckerberg stated, “We need to stop this policy right now”, while Sandberg said, “Listening to the cries of children separated from their parents is unbearable. The practice of family separation on our border needs to end now. We can’t look away. How we treat those most vulnerable says a lot about who we are”

Google CEO Sundar Pichai also joined in on the protests, voicing concerns for the families affected by the ICE handling of the issue.

The stories and images of families being separated at the border are gut-wrenching. Urging our government to work together to find a better, more humane way that is reflective of our values as a nation. #keepfamiliestogether

Airbnb was one of the first companies to respond to the controversial ruling. In a letter penned by the Airbnb founders, the company condemned the Trump administration’s policy, calling it cruel and shameless.

Ripping children from their parents’ arms is cruel. This policy must end. pic.twitter.com/R2b3FXtxqU

As a father, a citizen and an immigrant myself, the stories coming from our border break my heart. Families are the backbone of society. A policy that pulls them apart rather than building them up is immoral and just plain wrong. #KeepFamiliesTogether https://t.co/g2Cu40zvcX

I hope others from SF/Bay Area tech companies will join me at this march planned June 30. Please also consider donating to one of these great orgs assembled by @dahlialithwick & @mjschlanger: https://t.co/mSiMtgw9ga #FamiliesBelongTogether https://t.co/E5jXu4OSiv

I couldn’t even keep the US in the Paris Accord, but if there is some way for me to help these kids I will do so

I hope others from SF/Bay Area tech companies will join me at this march planned June 30. Please also consider donating to one of these great orgs assembled by @dahlialithwick & @mjschlanger: https://t.co/mSiMtgw9ga #FamiliesBelongTogether https://t.co/E5jXu4OSiv

Enforce the border—-but do not separate families. America’s moral and ethical leadership is at stake. This needs to be fixed now.

Just like most other tech companies, HP too employs many immigrants in the US, and has a huge international workforce as well. A statement issued by an HP spokesperson condemned the actions, saying, “HP believes responsible and equitable trade and immigration policies are key drivers of growth and innovation for US companies … We condemn the current practice of separating families at the border and call on the US government to stop the practice and reunite the families”.

Mozilla COO Denelle Dixon also released a statement on the matter, saying, “The cruelties Americans are witnessing today at our borders go far beyond disagreements over politics. As an American, and separately as a mother, I am horrified beyond measure by stories of children mercilessly separated, and kept apart from, their parents. The United States once championed human rights around the world. If we want to keep our humanity and the world’s respect, the Administration must stop this practice immediately”.