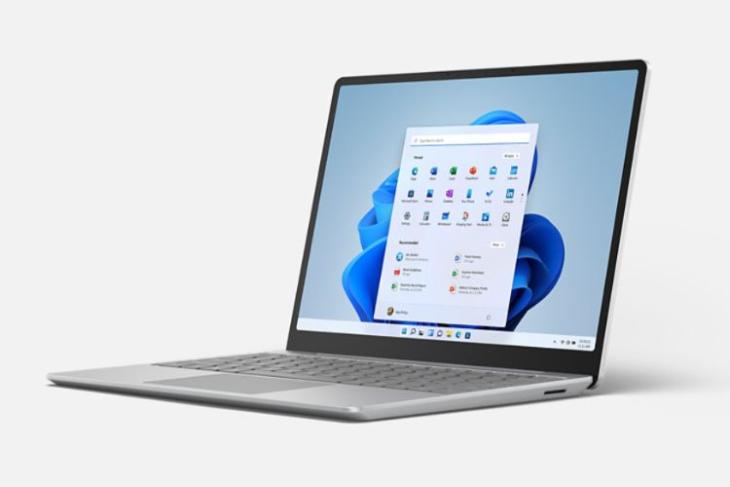 It was just yesterday when we saw leaked details of the Surface Laptop Go 2. And now, Microsoft has made the successor to the 2020 Surface Laptop Go official. The laptop comes with a few upgrades while sharing a lot from its predecessor. Here’s a look at the details.

The Surface Laptop Go 2 comes with the same 12.4-inch PixelSense display as its predecessor. It supports a screen resolution of 1536 × 1024 pixels, an aspect ratio of 3:2, and a peak brightness of 330 nits. The laptop is touted as the lightest one and has an aluminum chassis. It comes in a new Sage color, which was also rumored previously. This is along with the Platinum, Sandstone, and Ice Blue color options.

The laptop is powered by an quad Core 11th Gen Intel Core i5-1135G7 processor, which is an upgrade over the 10th Intel processor of the first Surface Laptop Go. This is paired with Intel Iris Xe Graphics. The device supports up to 8GB LPDDR4x RAM and up to 256GB of removable SSD.

There’s support for a 720p webcamera with support for dual far-field studio mics and omnisonic speakers with Dolby Audio Premium. As for the ports, there’s one USB Type-C, one USB Type-A, a 3.5mm audio jack, and a Microsoft Connect port similar to the predecessor.

The Microsoft Surface Laptop Go 2 starts at $599.99 (~ Rs 46,500), which is slightly expensive than the $549.99 starting price tag of its predecessor. Here’s a look at the laptop’s multiple configurations and their prices.

It is now available for pre-orders in the US and will be up grabs, starting June 7. The Business variant will be available from Nune 6. There’s no word its availability in India as of now but this could happen in the coming months.