Skip to content
Home News Microsoft Surface Duo May Launch Earlier Than Expected, but Without 5G 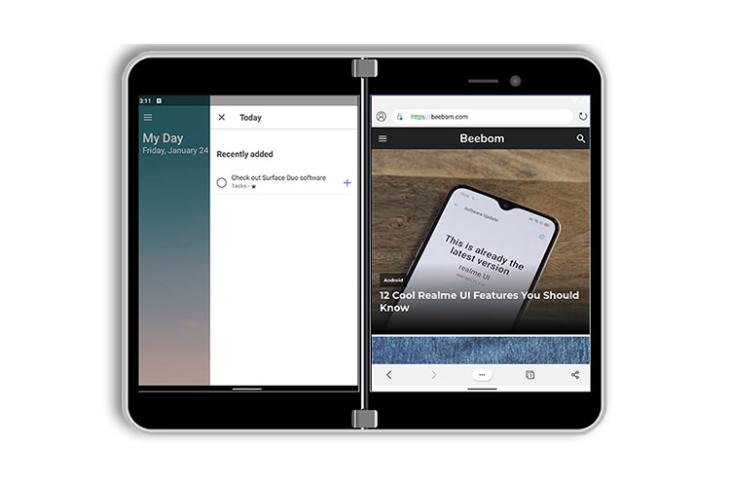 Microsoft was expected to launch the Windows 10X packing Surface Neo and the Surface Duo in time for the Holiday 2020 shopping season, but a new report from Windows Central now suggests that the company may be prepping to launch at least one of those devices much earlier. According to sources quoted by the blog, Microsoft may launch the Surface Duo much earlier than originally announced because both the hardware and software have been pretty much finalized.

The Surface Duo, which is expected to ship with Android 10, was originally envisioned as a Windows device under the codename Andromeda before Microsoft ditched its in-house operating system in favor of Android. While Microsoft originally targeted a Q3, 2020 launch, the report now claims that the company might start shipping the device ‘in limited quantities’ this summer if everything goes according to plan.

According to the report, the device will be powered by last year’s Snapdragon 855 along with 6GB of RAM and 64GB of storage. As if the specs don’t look uninviting enough already, potential buyers would be even more disappointed to know that the device might miss out on 5G connectivity, something that’s expected to be standard in most premium smartphones this year.

Microsoft is reportedly desperate to launch the device as early as possible to prevent it from seeming outdated by the time it’s brought to the market, but its plans could be jeopardized because of the novel coronavirus outbreak that has already resulted in the death of more than 2,000 people and created massive disruptions in global trade, leading Apple and Microsoft to lower their earnings estimates. If the situation doesn’t improve soon, Microsoft may be forced to cancel its early launch plans for the Surface Duo, possibly dealing it a body blow.