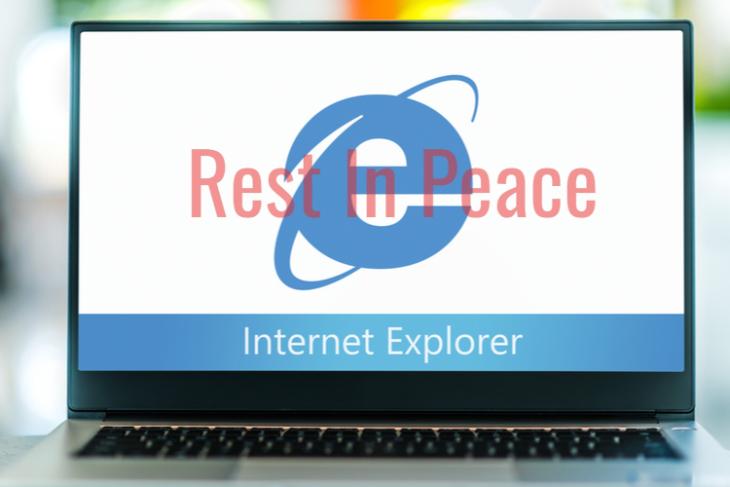 Most of us would be well aware of and have used Microsoft’s OG web browser, Internet Explorer. Although the browser was one of the first commercially available web browsers in the market, over time it became quite outdated. Now, Microsoft is finally putting it to rest, and here’s what you need to know about it.

After dropping support for Microsoft 365 on Internet Explorer in August 2020, Microsoft announced the retirement timeline of the web browser last year. As confirmed by the Redmond giant, most versions of Windows 10 will stop supporting Internet Explorer from June 15, 2022.

Hence, after next week, you will no longer be able to use Internet Explorer and those who still use it will be redirected to the Edge browser. Microsoft shared all the details about the impact of IE’s retirement in an official blog post last year.

Now, the death of Internet Explorer doesn’t come as a surprise as the web browser was struggling to catch up with its competitors such as Google Chrome, Mozilla Firefox, and even Microsoft’s Chromium-based Edge browser. As a result, the company integrated a built-in IE mode in Edge and encouraged Windows users to shift to the latter before it shuts down the native Internet Explorer app for desktops.

It is also worth noting that even though the Internet Explorer 11 desktop app will drop support for most versions of Windows 10, it will continue to support older Windows versions like Windows 8.1, Windows 7 ESU, Windows SAC, and Windows 10 IoT LTSC. Furthermore, users looking to use IE on unsupported Windows versions can enable the dedicated IE mode in Edge Chromium to load old websites and apps that do not work on Edge or other Chromium-based browsers.

You can check out our detailed step-by-step guide on how to enable the IE mode in Edge if you are interested. Otherwise, you can use Edge or switch to any other modern browser on your desktop following IE’s death in the coming days. Also, let us know your thoughts on Microsoft shutting down Internet Explorer in the comments below.

How To Open A Closed Tab In Chrome, Firefox, Safari and IE

Internet Explorer- The Most Hated Icon On Your Desktop [Pics]