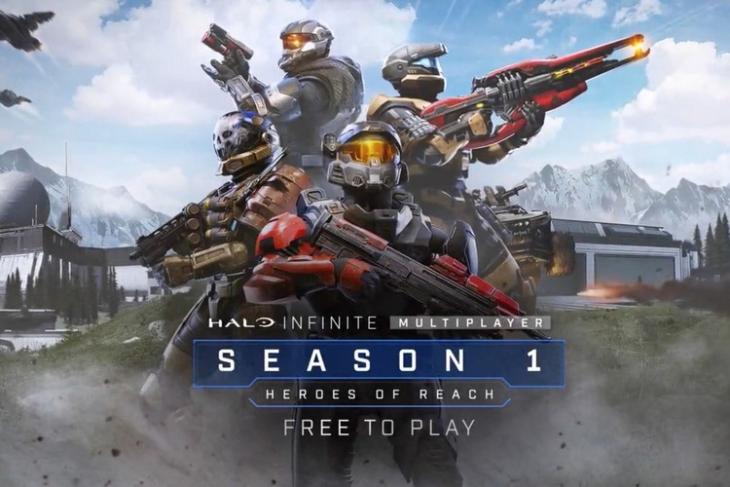 Microsoft has been preparing to release the much-anticipated Halo Infinite title for a long time now. The company initially planned to release the title alongside its next-gen Xbox Series X/S consoles last year. However, due to unexpected delays, the Redmond giant had announced 8th December 2021 as its new release date. We also got a first look at the game earlier this year. Now, as part of Xbox’s 20th anniversary (November 15), Microsoft has surprised fans with an early launch of the Halo Infinite multiplayer mode today.

Players can now download the game and start playing the first season of Halo Infinite’s multiplayer mode dubbed as “Heroes of Reach” today. The company announced the same via an official tweet recently, and you can check it out right below.

Although the game is currently in beta for Xbox One, Xbox Series X/ S, and PC users, it comes with all the core maps and battle pass features for players. Halo Infinite Multiplayer mode is free-to-play and will remain in beta for the first few weeks. However, the progress and achievements of players in the multiplayer mode will be carried over to the public version, upon its December 8 release.

So, why release the free-to-play, multiplayer mode of Halo Infinite early? Well, first of all, it was a part of the 20th Anniversary celebrations for the first Xbox console that also marked the launch of the Halo: Combat Evolved game back in 2001. Secondly, it appears like Microsoft wanted to beat EA’s Battlefield 2042 title, which is slated to release on December 19. Battlefield 2042 early access arrived last week and the game hasn’t gotten the best reviews so far.

Now, 343 Industries, the developers behind Halo Infinite, states that today marks the “official start of Halo Infinite Season 1, with all day-one maps and modes enabled as well as the full Season 1 Battle Pass.” The first season of the battle pass will run through May 2022, which contradicts the company’s original plan to renew each season every three months.

However, it is worth mentioning that as the game is currently in beta, players may experience some hiccups, lag, or other in-game issues from time to time. Nonetheless, they should be ironed out by the time Halo Infinite is publicly released next month.

So, if you are a Halo fan and have been waiting for the new Halo title, you can head to the Xbox Store and download the free-to-play Halo Infinite Multiplayer beta on your Xbox console right now. And if you are planning to play it on your PC, check out the system requirements to run the game before downloading the 29GB title on your Windows machine.