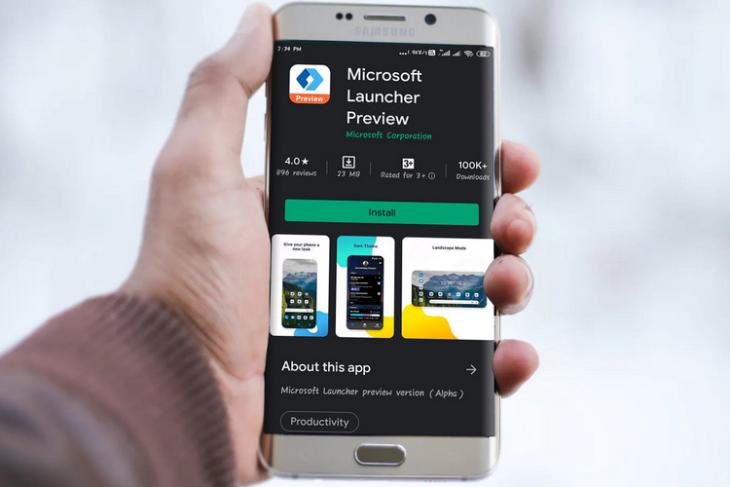 Microsoft Launcher Preview has recently received an update that brings some neat features to the launcher, such as the ability to add three rows to the dock and app drawer folders.

If you’re someone who uses Microsoft Launcher’s docks feature, you’ll be glad to know that it now supports three rows in docks. You can access them by swiping up from the first row. This gives interested users more room to quickly access their favorite apps. While I am not quite a fan of this feature, you may try it out if it intrigues you.

While folders are usually convenient to group apps on the home screen, some users prefer to keep their app drawer organized. You can group apps in the app drawer with this update. To use the feature, long-press an app, choose “Select” & pick the apps you need in the group, and press the folder icon present at the top. Do keep in mind that folders will exist in a separate section in the app drawer.

Apart from these two main features, the update adds a double-tap gesture to lock screen, a convenient feature addition to seamlessly lock your smartphone. Microsoft says it has also improved app search along with bug fixes.

Below is the official changelog for the update:

If you’re interested, you may try out Microsoft Launcher Preview from the link below. Before proceeding, do note that it is an alpha version and you might face occasional bugs and crashes.