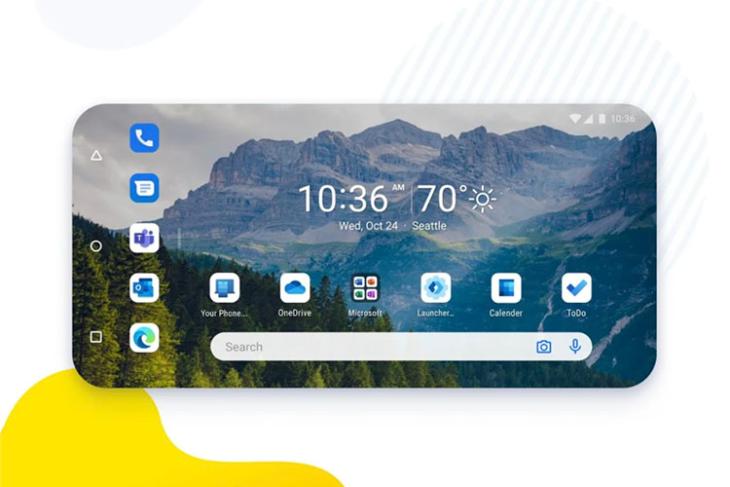 Microsoft is rolling out a new version of its Android launcher that’s rebuilt from the ground up. Called Microsoft Launcher Preview, the software was originally released on the Play Store last January as a standalone app, independent of the existing Microsoft Launcher. It is now reportedly being pushed to all Microsoft Launcher beta users.

According to German tech blog, Dr Windows, the new app has almost achieved feature parity with the outgoing app already. While some features, like background blur, aren’t yet ported to the new app, it does have some new features that aren’t available on the older app. The new features include a landscape home screen and support for dual-screen phones.

The new launcher can be installed alongside the existing Microsoft Launcher on any phone. Interestingly, it comes with all-new icons and a whole new look as compared to older app. Microsoft says that the app is still in its ‘alpha’ testing phase and may suffer from bugs and stability issues. However, given that it is now rolling out to the beta channel of the original app, it is likely that the company has already fixed most of the critical bugs.

The Preview app brings a number of new features, improvements and enhancements over the existing app. They include features like Dark Mode, Landscape Mode, better load times, low memory utilization, battery optimization and fluent animation. In addition, it also comes with most of the standard features on the older app. That includes double-tap to lock, ‘Continue on PC‘, contacts organizer, and more. Either way, you can download the new app from the Google Play Store. Once you’ve done that, do let us know if you’re digging the new app or liked the older one better.