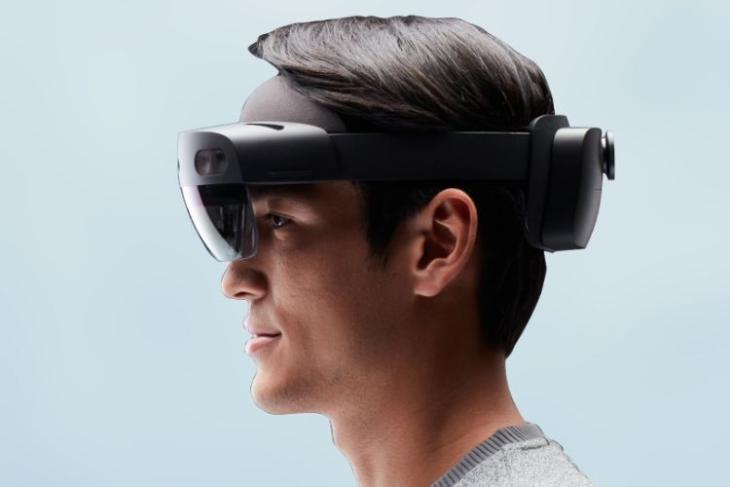 Microsoft has launched its advanced mixed reality headset, the HoloLens 2, in India today. The Redmond giant announced the business-focused headset at the Mobile World Congress (MWC) 2019. It started shipping the device in global markets in November 2019. Although Microsoft did not launch its original HoloLens headset in India when it debuted back in 2016, the company has brought its second-gen mixed reality headset to the country to cater to enterprises.

HoloLens 2, for those unaware, is an advanced mixed reality headset that can produce virtual holograms of computer-generated content and lets users interact with them in the real world. Microsoft took feedback from original HoloLens users to improve on the second-gen headset’s usage and provide an immersive experience to users.

Starting with the design, the HoloLens 2 has been designed to be three times more comfortable than its predecessor. It features a dial-in mechanism that lets users easily wear and remove the headset. The headset comes with transparent holographic lenses, supported by 2K 3:2 light engines. It provides 2x field of view (FOV) as the original HoloLens while maintaining a holographic density of 47 pixels per degree of sight.

The headset also comes with a 1MP time-of-flight sensor to calculate depths and enhance AR/VR content as per the surroundings. It also includes four camera sensors for head-tracking and two Infrared (IR) sensors for eye-tracking capabilities. Furthermore, there is an 8MP RGB camera that can record 1080p videos at 30 FPS. It enables users to make video calls via the HoloLens 2 headset.

As for audio capabilities, the HoloLens 2 comes with built-in speakers that can deliver a spatial surround sound experience. It also has an array of microphones with a five-channel audio input.

Coming to the internals, Microsoft HoloLens 2 is powered by Qualcomm’s Snapdragon 850 Compute Platform. It is paired with 4GB of LPDDR4x RAM and 64GB of UFS 2.1 storage. It also has support for Wi-Fi 802.11ac and Bluetooth 5.0 technologies. There is also a USB-C port on board.

Coming to the software, the headset runs a custom version of Windows called Windows Holographic. It comes with support for Microsoft Edge, Office 365, Azure, Dynamics 365 Remote Assist, Dynamics 365 Guides, and a 3D Viewer.

Microsoft launched the HoloLens 2 at a steep price of $3,500 (~Rs 2,58,735) in the global market. The company has, however, not revealed the Indian price of the headset as of now. Unlike other AR/VR headsets like the Oculus Quest or the PlayStation VR2, the HoloLens 2 will cater to businesses instead of end consumers.

The headset is currently available to buy via authorized commercial channels Softline and Team Computer in India. You can check it out on Microsoft’s official website.