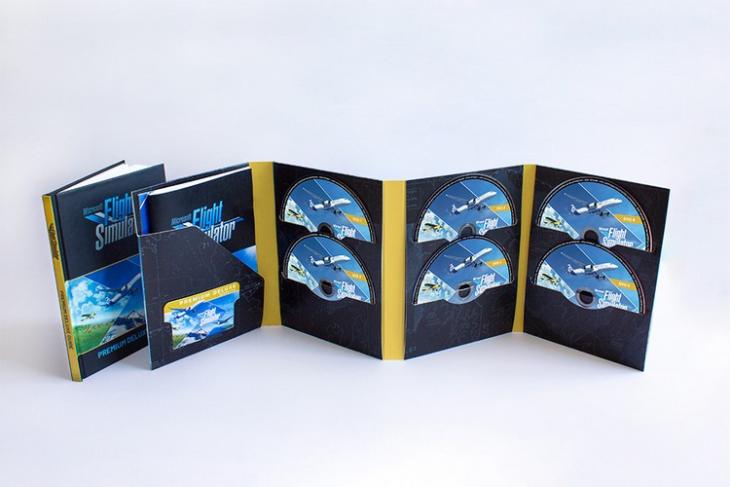 Microsoft announced the upcoming edition of “Microsoft Flight Simulator” at last year’s E3. After that, we saw some awesome screenshots of the in-game locations and started hearing rumors about its release date. Recently, the game-makers, Microsoft announced that it will hit the market on August 18, 2020. Now, Aerosoft, the game’s publisher, has announced that apart from the digital, downloadable version, the game will also have a physical, boxed edition that will contain…wait for it…10 DVDs!

The announcement came from Aerosoft’s Mathijs Kok via a post in their official forum. Kok wrote, “It is with great pride that we can announce that Microsoft has chosen Aerosoft as its retail publishing partner for the new Microsoft Flight Simulator. Aerosoft will bring the two boxed versions of this venerable simulator to customers in Europe. Including 10 (!) double-layer DVD’s and a printed manual in a spectacular box, it is an ideal way of entering the new age of flight simulation.”

Now, you might be thinking, how much data does the game contain that it needs space worth of 10 double-layer DVDs. Well, if you look at the system requirements of the game, you’ll find that the digital version will have a size of a whopping 150GB! So, yeah, 10 DVDs for the boxed edition makes complete sense.

According to Mathijs Kok, the physical box will contain:

Now, if you are thinking about the price of the physical edition fo the game, then you’ll be pleased to know that Aerosoft says that it will be “very close to the price you pay Microsoft”. However, as there are DVDs in the scene now, you do need to have the OG DVD drive on your machine to run the game.

However, If you are an airplane enthusiast or just a fan of such simulation games, then you can grab one of these just for the box’s “collector’s edition” vibe.