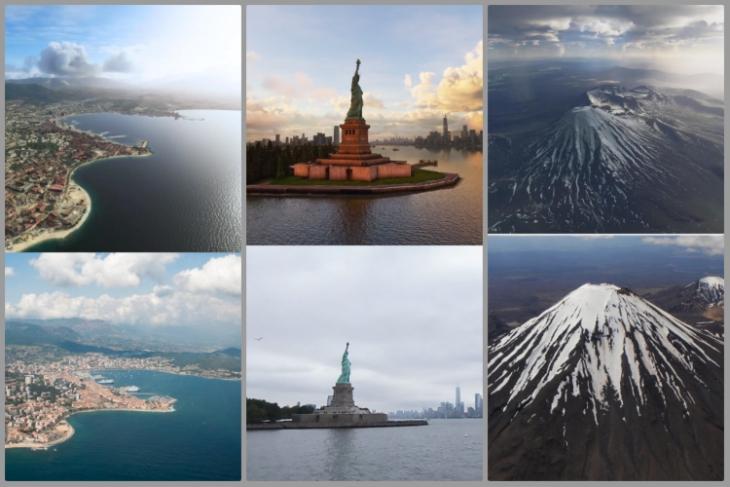 Microsoft is yet to release the amazingly realistic game from its Flight Simulator series of games later this year. We saw the company send out confirmations to selected Microsoft Insiders late last year. Now, a user playing the closed alpha has shared some screenshots of the locations in the game and compared them with the real locations on which they are based and I cannot differentiate them.

Imgur user, Utherellus recently shared an album of 8 images that compares the screenshots of the simulator game with the real-world locations side-by-side. The locations include some of the iconic landscapes, monuments and aerial views of cities which look absolutely stunning.

The locations include aerial views of cities like Moscow (Russia) and Ajaccio (France), some beautiful landscapes like the Lake Lucerne in Switzerland, Marismas Nacionales in Mexico and Aix-les-Bains in France. The album also compared screenshots of the iconic Statue of Liberty in New York and the mesmerising Mount Ngāuruhoe in New Zealand. If you wanna check out the album, head here.

The Microsoft Flight Simulator was announced at E3 last year, however, we still do not know when it is gonna be released. It is to feature around 37,000 real-airports, amazing aerial views as we saw in the screenshots and the real-world flight paths fo the planes around the world.

So, as the Coronavirus-led lockdowns have disrupted tourism for the backpackers around the world, this game might garner some new users looking to roam around the world virtually when it comes out this year.