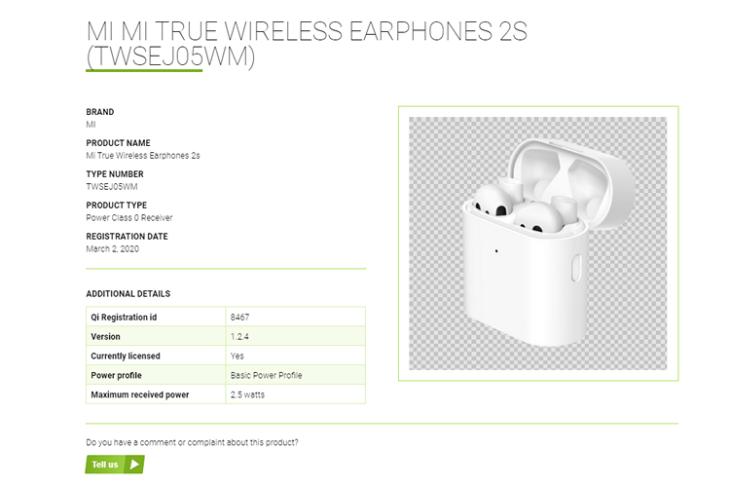 Another information the Wireless Power Consortium listing has revealed is the charging speed. According to WPC, the Mi True Wireless Earphones 2S will charge at a maximum of 2.5W.

Judging by the presence of “S” in the model name, we could expect these earbuds to be a lite version of possibly the Mi Air 2 TWS. However, the possibility of the product image to be a placeholder to keep the original design of the earbuds undisclosed should not be ruled out as well.

For now, there is no credible information if Xiaomi has any plans to launch these earbuds anytime soon. Going by the growing popularity of TWS earbuds in the tech industry, the launch of Mi True Wireless Earphones 2S is expected to happen sooner rather than later.