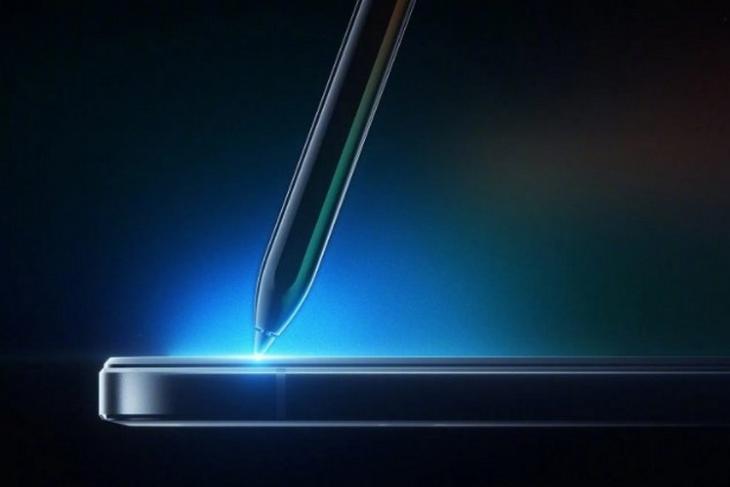 After confirming the launch of Mi Mix 4 with an under-display camera (UDC) for August 10, Chinese phone maker Xiaomi has now announced that the much-awaited Mi Pad 5 will tag along on the same date. As per reports, the company will launch three models under the Mi Pad 5 series, including a 5G-enabled model.

Although the company did not officially reveal much about its upcoming tablets, the latest teaser poster (attached below) shows that Mi Pad 5 will have support for styluses, which is presumably the Xiaomi Smart Pen. It was recently certified by the FCC and has a model number of M2107K81PC. 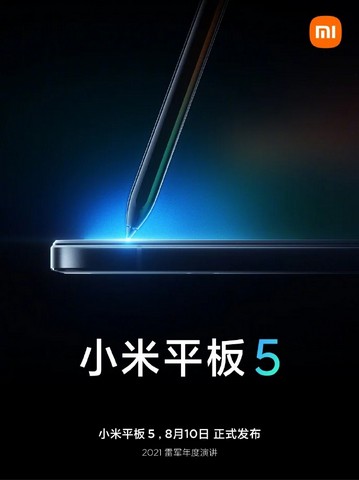 Apart from the fact that the Xiaomi Smart Pen will come with Bluetooth 5.0 support, we do not know much about its other specs as of now. Coming to the Mi Pad 5 models, the rumor mill suggests that Xiaomi will launch three variants.

There will be a base model, a Pro variant, and a 5G-supported model under the Mi Pad 5 series. The base model will come with a 2048 x 1080p (2K) display with support for a 120Hz refresh rate. It will reportedly be powered by the Snapdragon 860 and come with 33W fast charging support. There will also be a 12MP primary camera at the back and a side-mounted fingerprint sensor onboard. As per reports, this model was recently approved by China’s 3C certification authority and carries model number 21051182C.

As for the higher-end Pro variant, the device is rumored to boast a 10.9-inch 2K LCD panel with support for a 120Hz refresh rate. It will pack the Snapdragon 870 chipset and will be backed by a massive 8,720mAh battery with support for 67W fast charging. The Mi Pad 5 Pro is also rumored to rock a dual-camera setup at the back, including a primary 20MP sensor and a secondary 13MP lens. Tipster Mukul Sharma spotted the leaked camera module of the device on Weibo. There also will be a side-mounted fingerprint sensor onboard.

Now, coming to the 5G model, rumors suggest that it will boast similar specs as the Pro variant. However, it will come with support for 5G connectivity for higher data speeds.

So, these are the Mi Pad 5 models that Xiaomi is aiming to launch on August 10. Along with these, the company will also launch the Mi Mix 4, a second-gen OLED Smart TV, and a high-end smart speaker. Moreover, we can expect Xiaomi to tease its upcoming mobile OS MIUI 13 based on Android 12 sometime during the event.