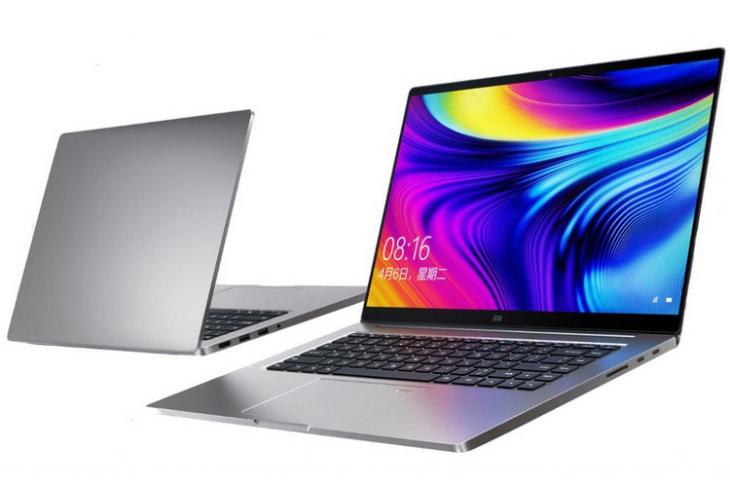 Xiaomi has unveiled the Mi Notebook Pro 15 (2020) in China a day after it launched its first laptops in India. The lineup consists of two models, and as their name suggests, both come with 15.6-inch screens. Both variants are powered by 10th-gen Intel Core i5 and Core i7 ‘Comet Lake‘ processors based on the 14nm architecture. They also have the GeForce MX350 GPU, up to 16GB RAM, up to 1TB SSD, and an upgraded cooling system.

As mentioned already the Mi Notebook Pro 15 lineup consists of two models. While the base model is powered by the 1.6GHz Intel Core i5-10210U CPU, the higher-end variant ships with the 1.8GHz Intel Core i7-10510U chip. Another difference is the amount of RAM and storage on offer. The former comes with 8GB RAM and 512GB SSD, while the latter has 16GB of RAM and 1TB of storage on-board. In both cases, the RAM is of the DDR4 2666MHz variety, while the storage is PCIe NVMe SSD.

The 15.6-inch displays have FHD (1920 x 1080) screens covering 100% of the sRGB color gamut. They have a 178-degree viewing angle and are protected by Corning Gorilla Glass 3. The bezels are limited to just 6.52mm, giving the laptops an 81% screen-to-body ratio. Both models have a fingerprint scanner, as well as a full-size backlit keyboard with support for the Fn+K shortcut – switching performance profiles.