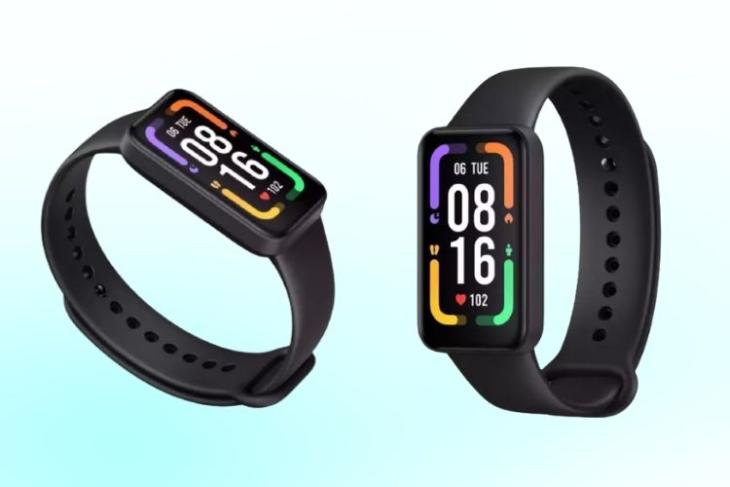 Last week, Xiaomi confirmed to launch the Redmi Note 11 series and Redmi Watch 2 in China on October 28. Along with these, Xiaomi is also looking to launch the next-gen Redmi Band, dubbed the Redmi Band Pro, during the launch event. So, let’s take a look at the expected specs and features of the upcoming fitness-focused Redmi Band Pro.

Ahead of its official launch, the renders and key specs of the wearable were leaked yesterday, thanks to tipster Ronald Quandt of Winfuture. As per the leaked renders, the Redmi Band Pro features a design that is similar to the Honor Band 6, which launched earlier this year.

The Redmi Band Pro will feature a display larger than the 1.08-inch screen on the first-gen Redmi Smart Band (comparison with Realme Band) that launched last year. However, the exact size of the bigger display remains under wraps as of now. Plus, going by these renders, the Redmi Band Pro is expected to deliver a similar software experience as the Mi Band 6.

Other than these, not much is known about the Band Pro right now. However, as its predecessor came with features such as 5 ATM water resistance, multiple dedicated workout modes, and music control, we can expect Redmi to carry over these features to its upcoming fitness band.

Moreover, the Redmi Band Pro is expected to feature fast Bluetooth connectivity, GPS support, heart-rate monitoring, and customizable watch faces to match different users’ styles. And much like other fitness bands in the market, it will come with a detachable silicon wrist-strap.

Coming to the price, there are no details on that yet. So, we suggest you stay tuned for our coverage of the October 28 event to get all the details about the Redmi Note 11 series, the Redmi Watch 2, and the Redmi Band Pro.