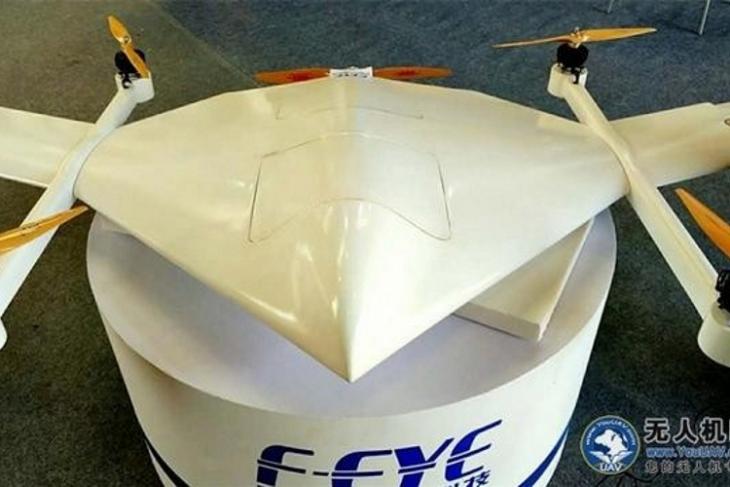 Chinese scientists have reportedly developed a methanol-powered battery that could help a drone fly as long as 12 hours. To put that in perspective, DJI’s Mavic Air offers a maximum flight time of 21 minutes.

To deploy this methanol battery, researchers developed the FY-36 unmanned aerial vehicle, which according to Zhang Wenyu, general manager of Tianjin-based drone-maker Feye UAV Technology, took more than two years to get to the flying prototype stage. FY-36 weighs 15 kilograms and reaches a top speed of 90km/hr.

The project, as you might have guessed by the two-year timeline, had to undergo a lot of research and development before it took off for the first time this November. “There were tons of problems which had to be solved on the ground”, says Zhang.

In fact, as South China Morning Post notes, initial research in fuel cells began in the 1960s through a program launched by the Chinese People’s Liberation Army that aimed to develop an orbital spacecraft. The research was suspended in the 1970s due to high costs and complexity.

Feye UAV Technology plans to commercially launch the FY-36 next year after finetuning its performance. There is no word on the pricing yet but Zhang hints that it would be competitive for bulk orders.

Using methanol as a power source sounds promising. Companies using drones to deliver packages could make use of this technology for better efficiency. However, we will have to wait until the commercial launch to know if this technology would disrupt the drone industry and become the “game-changer” as Zhang anticipates.

So, do you foresee a reality where methanol-powered drones fly around cities? Let us know in the comments.