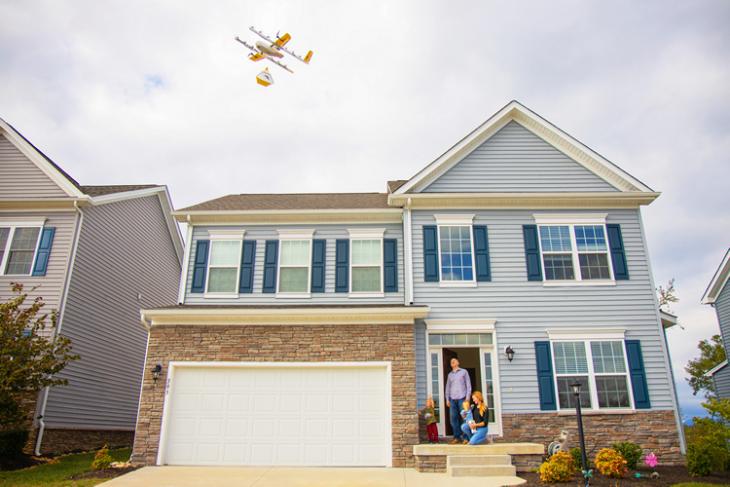 Wing, a subsidiary of Google’s parent company Alphabet, has started delivering packages using drones to residents in Christiansburg, Virginia. This makes Alphabet the first company to start commercial drone delivery service in the US, thanks to the Air Carrier Certificate issued by the Federal Aviation Administration (FAA).

People living in Christiansburg can order goods from Walgreens and Virginia’s local retailer Sugar Magnolia. The orders are placed using a mobile app following which the drone delivers the orders at the location specified by the user.

In case you didn’t know, Walgreens is the second-largest pharmacy store chain in the United States. This will help a lot of old people to get medicines right at their doorstep avoiding the need to go out for the same.

Customers can also opt in to get their FedEx packages delivered through Wing’s drones. This way, the time taken for your parcels to get delivered after it reaches your city gets reduced.

“Usually, every time you need something like Tylenol, that’s another car on the road. It’s a hassle. With Wing, the kids love it, it keeps that car off the road, and it’s good for the planet too.”, says Michael, a Christiansburg resident.

In case you’re wondering about the capabilities of the drone, it is all-electric and has an overall length of 1.3m and a wingspan of 1m. It weighs approximately 4.8kg without the package and manages to reach top speeds up to 113 km/h. It is capable of carrying packages weighing up to 1.5 kg.

It is worth noting that this is not Wing’s first attempt for commercial drone deliveries. The company has done it in the past in Australia and Finland. The project will be expanding to more countries in the near future.

So, what do you think of Wing’s drone delivery service? Tell us in the comments.