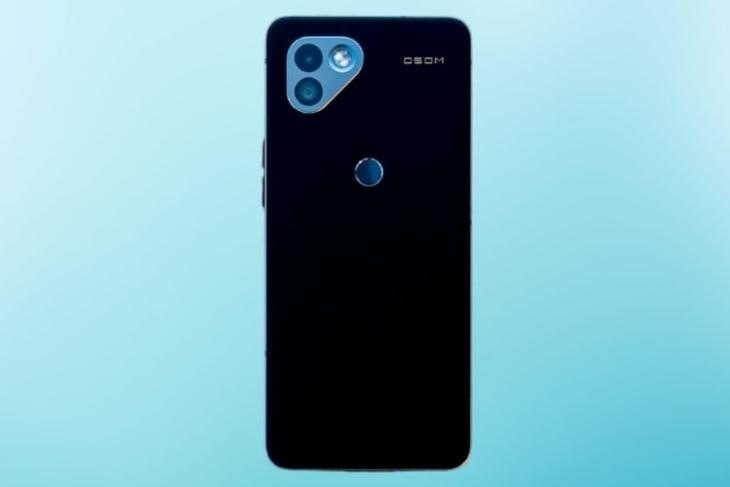 Merely after five years of its inception in the market, Android creator Andy Rubin’s venture Essential shut down its operations in early 2020. The news came a few months after the company teased its next-gen prototype device Project GEM. However, former employees of Essential formed another company named OSOM Products back in 2020. And now, after one year of silence, OSOM has unveiled its first smartphone – the OSOM OV1.

In an exclusive interview with AndroidPolice, OSOM CEO Jason Keats shared a first look at the company’s first smartphone. Along with a few details about its specs, the company shared a short video showcasing the device. You can check it out right here.

The video only shows the back of the OV1, which is short for OSOM Vault 1. Hence, going by the video, the device will sport a dual-camera setup, inside a unique triangular camera module, at the back along with a rear-mounted fingerprint sensor. The company confirmed that it will come with a Qualcomm chipset, though it did not mention which one. It could pack the latest Snapdragon 8 Gen 1 chipset or last year’s Snapdragon 888+ SoC.

The name OV1 is also a callback to the first smartphone by Essential. It came with the moniker of Essential PH-1. The company says that a similar naming scheme has been adopted to deliver a feeling of continuity. However, it is worth mentioning that the OSOM OV1 is not the next-generation Essential PH-1.

Another detail that the company is paying attention to is the software department. Although the OV1 is confirmed to run Android, Keats stated that it will feature some privacy-focused customization to address the privacy issues often faced by users. Nonetheless, the company is doing all it can to offer a stock Android-like OS along with the customizations to users.

Other than this, there is not much known about the OSOM OV1 as of now. However, OSOM confirmed that it will reveal more details about the device, including its entire specs and features, during the 2022 MWC event, which is set to kick off in February.

Furthermore, the CEO also confirmed that the OV1 is currently in its “EVT1” stage, which means that the device is almost ready. In fact, Keats stated, “outside of the camera app, I could daily-drive this phone today.” The company initially planned to launch the device at MWC rather than just unveiling it. However, it seems like OSOM needs a little bit more time to further refine the cameras and the software of the OV1, and hence it expects to release the device in the market in the Summer of 2022. We expect more information about the device to be revealed in the coming days, so stay tuned for updates.

Until then, let us know your thoughts on the OSOM OV1? Do you like the triangular camera design? Comment below.