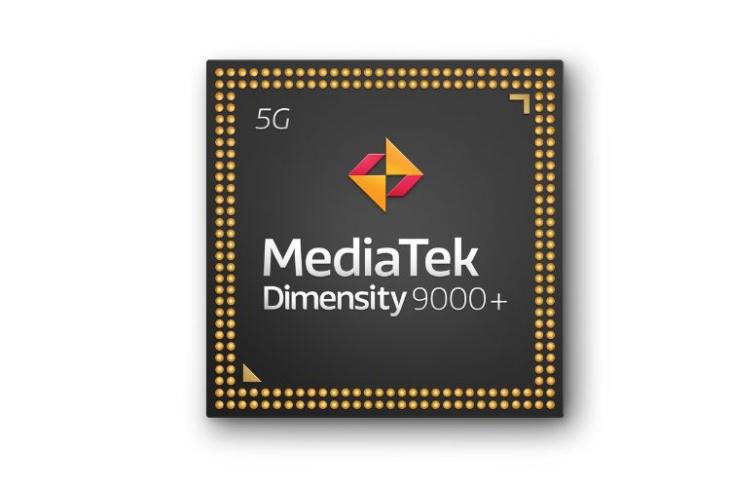 With an aim to take on Qualcomm’s ‘Plus’ variants of SoCs, MediaTek has introduced the new Dimensity 9000+, which primarily competes with the recently introduced Snapdragon 8+ Gen 1. The new MediaTek chipset is all about a few tweaks with the purpose of improved GPU and CPU performance. Here’s a look at the details.

The 4nm Dimensity 9000+ incorporates Arm’s v9 CPU architecture, which includes the ultra-Cortex-X2 core clocked at 3.2GHz, an increase from the 3.05GHz clock speed of the same performance core on the Dimensity 9000. This change in structure is said to provide more than a 5% boost in CPU performance.

There’s also the presence of three super Cortex-A710 cores (up to 2.85GHz) and four efficiency Cortex-A510 cores (up to 1.8GHz). This setup also includes the Arm Mali-G710 MC10, which provides up to 10% improved GPU performance.

Other than this, the rest of the specs are identical to the Dimensity 9000. The MediaTek Dimensity 9000+ also integrates the MediaTek Imagiq 790 ISP, which supports up to 320MP cameras, simultaneous triple camera 18-bit HDR video recording, and 4K HDR Video + AI noise reduction. MediaTek’s MiraVision 790 enables support for up to 144Hz WQHD+ displays or 180Hz Full HD+ displays. The display part also gets the MediaTek Intelligent Display Sync 2.0 tech and up to 4K60 HDR10+ support.

The SoC is also backed by the 5th Gen MediaTek APU 590 for better performance in AI multimedia, gaming, camera, and more departments. The MediaTek HyperEngine 5.0 is for various gaming upgrades and allows for AI-enhanced variable-rate shading technology, ray-tracing development tools, and more.

The MediaTek Dimensity 9000+ will start shipping in smartphones, starting Q3, 2022. However, there’s no word on the OEMs that will launch the first Dimensity 9000+ phones in the market. We are yet to see the first Snapdragon 8+ Gen 1 phones too! We will keep you posted on these updates. So, stay tuned.