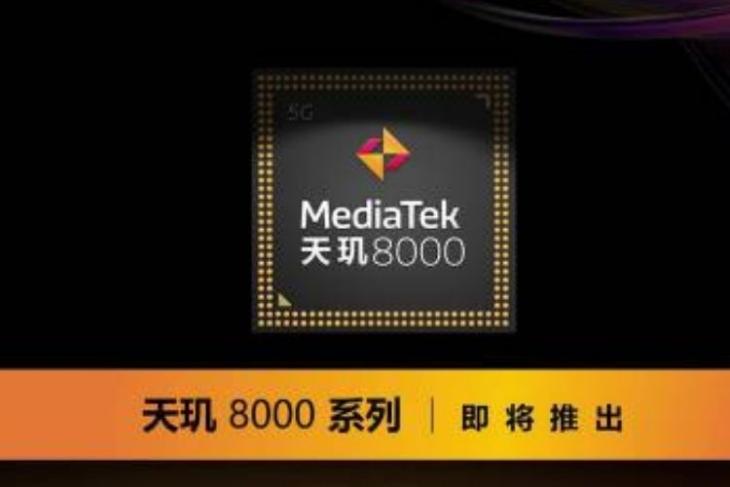 Known Chinese tipster Digital Chat Station (via a Weibo post) has given us an idea of the Dimensity 8000 chipset’s specs. Another leakster Abhishek Yadav has also shared some details, which corroborates the information shared by Digital Chat Station.

While these are old Cortex cores, they are expected to be paired with the latest ARM Mali-G510 MC6 GPU, which is interesting. The GPU is 22 percent more energy-efficient and offers double the performance when compared to previous-gen ARM Mali GPUs for a high graphics performance.

Also, the MediaTek Dimensity 8000 chipset will reportedly support up to 168Hz displays at 1080p+ resolution and 120Hz displays at 1440p+ resolution. Plus, the chipset is expected to support up to LPDDR5 RAM and up to UFS 3.1 storage. If these details are true, the SoC could make the future upper mid-range Android phones a decent offering. While there’s no word on which smartphones will run the SoC, it is rumored to debut on upcoming Redmi and Realme smartphones.

The MediaTek Dimensity 8000 chipset could launch soon, probably in the first half of 2022 and we can expect to see smartphones with the chipset, maybe in late 2022. To recall, phones with the recently launched MediaTek Dimensity 9000 SoC will release in the first quarter of 2022. We can expect MediaTek to reveal more information about this chipset in the coming days. So, stay tuned for more information on the same.