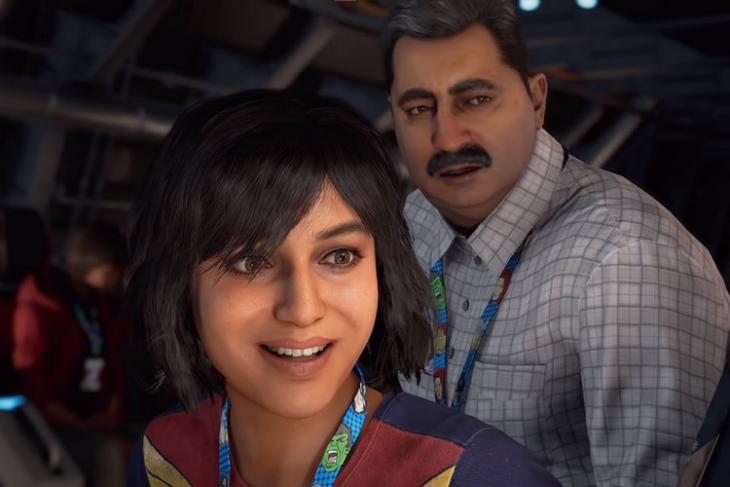 While there are an array of superheroes in the Marvel Cinematic Universe (MCU), since the early days, we have seen movies and games focused more on the white American heroes. This is why Black Panther was a special movie as it represented the whole African-American community in the MCU. Now, Crystal Dynamics, the developers of the “Marvel’s Avengers” title brought the first American Muslim superhero of the MCU under the spotlight.

Now, in the trailer of “Marvel’s Avengers”, we have seen the familiar faces of superheroes like Captain America, Iron Man, and Thor. However, if you watch the trailer closely, you will notice that it starts with a small girl narrating her experience of meeting the Avengers. That girl is the protagonist of the game and her name is Kamala Khan.

The First American Muslim Superhero in the MCU

Created by Sana Amanat and Stephen Wacker, Kamala Khan, also known as Ms. Marvel, is a 16-year-old girl from New Jersey. She was the first American Muslim to get her own comic book edition in Marvel Comics back in February 2014.

The representation of the community in a movie or a video game is really important as it educates the world about that specific community’s cultures and thought processes. So, watching the movie or playing the game might enable people to understand the importance of every community in the world.

In the game, the character speaks like an American Muslim by addressing her father as “Abu”. There is also a moment in the game in which Khan’s mother asks her if she wants to go to the Mosque for prayers.

These small details do matter as it touches the core of the community members, in this case, the American Muslim community, of which many have been struggling with their lives following the 9/11 disaster.

So, making the first American Muslim superhero of the Marvel Universe a protagonist in their game is truly a marvelous move by the developers. I think it will make the Muslim community really proud to see one of them team up with the Avengers in the game.